HTC allegedly working on an Octa-core version of HTC One

HTC is allegedly working on an Octa-core variant of its current flagship smartphone, the HTC One. According to a new report, the upcoming version of the metallic beauty will also feature 3 GB of RAM. The HTC One with Octa-core processor is also said to come with a couple of software tweaks. 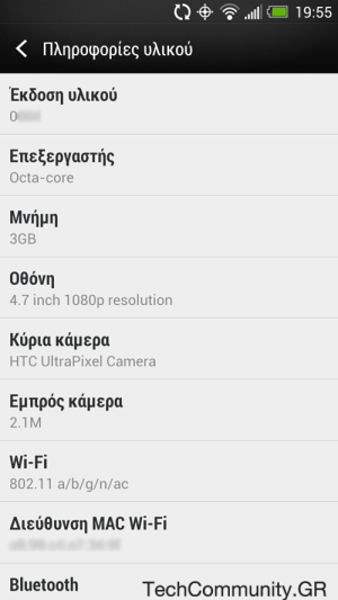 One of the major software additions include the clear audio option, which enhances the audio performance and improves the clarity during calls. If the rumors are to be trusted, the upcoming HTC One variant will feature more antennas to cover all networks across US, Europe and Asia.

Apart from the above additions the other hardware specifications remain similar to the original model, which comes with a 4.7-inch display, UltraPixel camera and a 2,300mAh battery.

Unfortunately, there is no official confirmation at the moment, so take the rumor with a pinch of salt.

your comprehension seems to be rather poor. i never once claimed that the evo had on-screen buttons. again, i was referring to the htc one. and i said i'd rather the upgraded htc one have capacitive buttons like the htc evo.

Hello, please investigate the credibility of the source. They've just posted an update, at the end of their article saying "A representative informs us that this device is not in the plans of the company. Logically the prototype we saw was one o...

Bleh. Octa-core. Only brainless nerds care about pure specs. Bigger screen is also kind of stupid - I did make the mistake of buying a 5.5" phone and now find it too big for daily use. Give us a camera which lives up to the hype. ...