Just as expected the HTC event in New York was all about the DROID DNA for Verizon. The long-rumored beast of a smartphone finally went official.

The DROID DNA offers a specs sheet similar to its Japanese sibling – the HTC J Butterfly. It features the first of its kind 5-inch 1080p S-LCD3 display and is powered by the Snapdragon S4 Pro chipset with a 1.5GHz quad-core Krait processor, Adreno 320 graphics and 2GB of RAM. 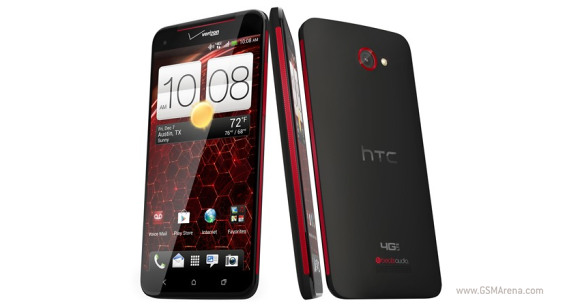 The rest of the specs include an 8MP rear camera with LED flash and 1080p video recording, a 2MP front snapper, LTE, Wi-Fi, NFC, Bluetooth 4.0, Beats Audio and 16GB non-expandable internal memory. The DROID DNA is capable of wireless charging, while the battery capacity is 2020 mAh.

The DROID DNA runs on Android 4.1 Jelly Bean accompanied by the HTC Sense 4+ UI - a combo we already met with the One X+. It will hit the Verizon’s stores on November 21 for $200, with pre-orders starting today.

There is nothing official on the international model yet, but we guess it should get announced at the upcoming CES or MWC at the latest.

we are waitint for IT

First of all dear troll...Its a standard feature that is vitally important. Second why would they not want/need one. Third its only 16GB learn to read. Now with a phone that records 1080p videos and has a 1080p screen those 16gb are very cheap and sm...