Going by sales in the past year alone, it's easy to forget that HTC still makes some of the best hardware in the smartphone game. Despite the fact that it was the first to release a smartphone with a dual-core Krait chipset, the first to launch a quad-core, and the first to put a fullHD display on a phone, the company's market share has dwindled over the last few quarters.

Indeed, while there wasn't much wrong with the HTC One S and One X, they both failed to realize their potential for various reasons. For one, the Taiwanese company got their marketing messed up of both the early summer releases and the Q4 holiday offerings. That's something they acknowledged and promised to work on in earnest in 2013. 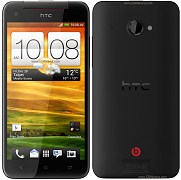 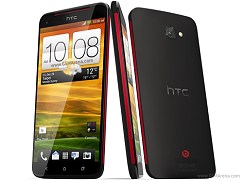 The bigger problem, however, was that while great, the One series devices fell slightly short of their Samsung Galaxy rivals, which took the market by storm. So, is the HTC Butterfly ready to push harder and bring the company back to the top of the smartphone game? Judging by this juicy specs sheet, it certainly has what it takes.

The devil was in the details last time around and this time HTC has done all it can to iron out even the smallest creases, turning the Butterfly into a package that makes smartphone enthusiasts drool. Little things like a curved glass display or an extra gig of RAM can make the right kind of difference when the competition is as tight as the one between premium Androids.

The bad news for HTC right out the gate is that Sony will seemingly have an advantage in most markets as the Xperia Z is getting ready to hit the shelves as we speak. Yet, as we found out during our review, the glass-clad Japanese flagship has a weak point that might be taken advantage of, allowing the Butterfly to make up for the delay. The screen of the Xperia Z was somewhat underwhelming in terms of viewing angles and contrast and if the Butterfly does better there, it might just turn out to be the better overall package.

The new version of the company's Sense UI is another mystery that needs to be looked into. Last time around, we found Samsung's TouchWiz to have an advantage in functionality, even though HTC's solution was generally more consistent and better-looking. A step forward in the software department is in order if the Butterfly is to aim for the top.

Let's get down to testing and find more about it then. The hardware checkup begins right after the break.

Guys how to make 4G of my Htc butterfly can anyone suggest what to do?