Just ten days after the HTC Butterfly hit Australian shores, now the 5", 1080p smartphone is finally making its way to Europe's stores, specifically those in Russia. 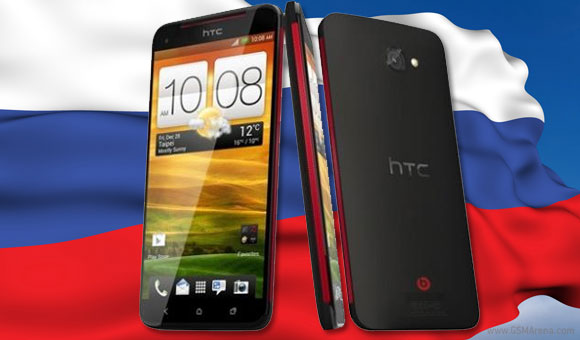 The device should make the Russians quite happy as they are the first in Europe to have the opportunity to purchase the first Android smartphone with a full HD display.

The price however is a little steep at €692 (RUR27,990). Having in mind though, that smartphones in Russia tend to be a bit overpriced, we expect the HTC Butterfly to sell for less when it finally makes its way to Western Europe.

That kind of cash gets you a 5.0" Super LCD3 screen of FullHD resolution and Gorilla Glass 2 protection for it. Inside there's a Qualcomm Snapdragon S4 Pro APQ8064 SoC with a quad-core 1.5GHz Krait CPU and Adreno 320 GPU as well as 2GB of RAM and 16GB of storage (with a microSD card slot).

You are a biger comediant!One S have better camera than Xperia S.I had this two devices and I can say that camera on Xperia S is disaster in low light scenes.And this is a popular fact.People talk about this problem in every forum.In every aspect One...

Thanks for the good laughter. Why don't you pursue job as comedian? You are doing pretty well here. On serious note: people and their needs are different. I sold my HTC One S and bought Xperia S. Camera does matter a lot for me. And, IMHO, HTC UI r...