The HTC Butterfly is catching up to its successors – the One and the Butterfly S – with an Android 4.2.2 update that's currently rolling out in Taiwan. The update brings Sense 5 with BlinkFeed and Video highlights as well as better AE/AF performance (but other Sense 5 features will remain exclusive to the One).

The update (an early version of which leaked last month) is in two parts – first a small package of just over a megabyte (which makes sure part 2 installs smoothly), then the big 551MB package. 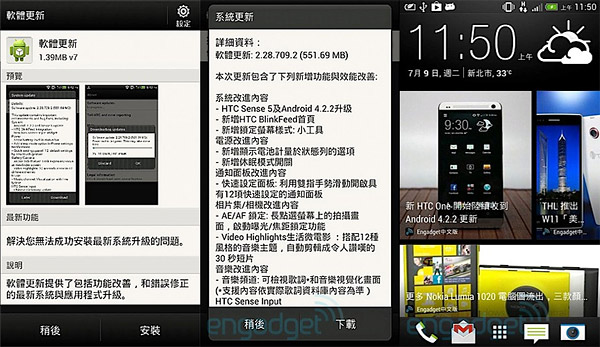 HTC has not announced an official schedule for the other Butterfly units out there, including the HTC DROID DNA for Verizon, but with the HTC One it didn’t take long from the initial release to worldwide rollout.

Does any body have an idea when 4.4.2 update will be available in India.? Officially HTC announced 4.4.2 update but it has been almost 1 yr no updates for my mobile. Thanks.

Hey my htc butterfly has recieved 4.3with sense 5.5about 2 weeks ago

When will the update arrive in Manila?