HTC revenues continue to slip in Q2, down 58% YoY

HTC's financial results from Q2 of 2018 are in and it doesn't look good. But who's surprised with the ever declining sales? The VR business and Google's deal with the company are probably the only things keeping the firm alive at this point.

The financial report reads TWD 6.8 billion ($220.6 million) in revenue, which is 58% down compared to last year's Q2. The quarterly net loss is TWD2.09 billion ($67.8 million), making this the the tenth quarter in a row that saw the company lose money. 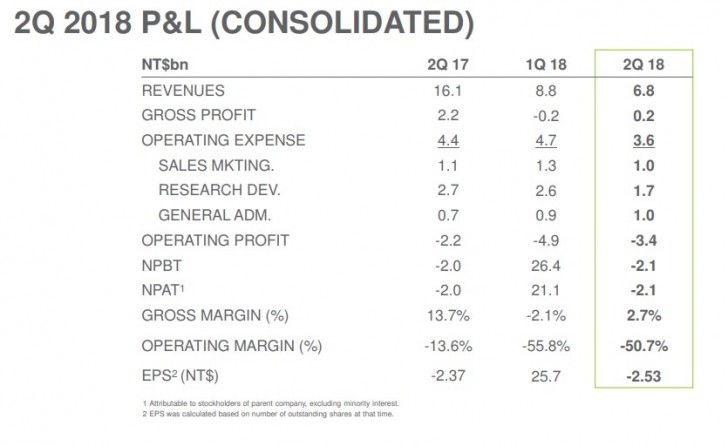 HTC's founder and chairman Wang Xuehong recently said that HTC will likely focus more on the AR/VR market, which means that the firm might stop producing smartphones if it can't stop bleeding money.

But here 5z is available with pre order status. Even 5z has better most aspect expect Battery life. with just about 110 dollars more from Poco F1 (6/128)

My HTC Desire HD was good initially, but had a lack of updates & became increasingly laggy, to the point of being unusable. I would've bought the HTC M8, if my previous experience was good, but it wasn't. So I bought this Galaxy S6 abou...