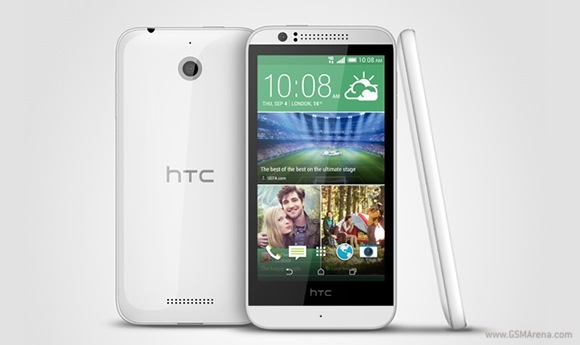 HTC Desire 510 features a Qualcomm Snapdragon 410 chipset with 1.2GHz quad-core Cortex-A53 CPU and Adreno 306 GPU. That's the first 64-bit Snapdragon chipset to make it to an actual device. It's not the first 64-bit droid though, as the Intel Atom-powered devices got there first.

There’s a gig of RAM and 8GB of built-in memory, which can be further expanded via microSD card slot.

The handset will make its way to regions in Europe, Asia, as well as some carriers in the United States. The price of the handset is expected to be highly affordable.

Battery life wouldn't be a problem because the resolution is FWVGA and due to this low resolution, the GPU won't have to stress pushing the pixels. Pretty good specs. It can do wonders if priced correctly. Just only disappointing thing is no LED flas...

It is indeed a 64bit Processor. Doesn't really matter with only 1GB of Ram need really over 3GB to be of any real use as it is with PC's the performance increase from 32but to 64bit is no way near double like what Apple is saying, closer to 20%