AT&T is already selling the HTC Desire 610, and now Verizon wants in on that game. The carrier nicknamed 'Big Red' has taken to asking HTC for a slight redesign, however, and with that comes a new name too. Verizon will be offering the HTC Desire 612 starting on October 9 (which is this Thursday). 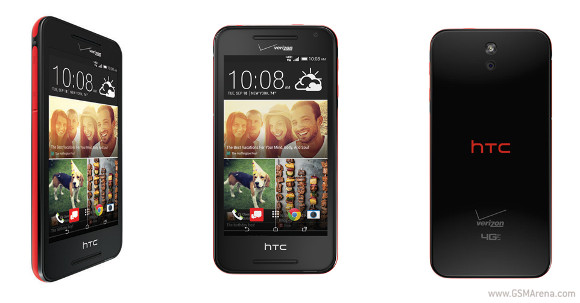 The other specs have remained intact. You can expect the Desire 612 to pack a 1.2 GHz quad-core processor, 8GB of built-in storage, microSD card support, an 8 MP rear camera with LED flash, a 1.3 MP front-facing snapper, dual front-facing stereo speakers, and a 2,040 mAh battery.

The phone runs Android 4.4 KitKat and has support for Verizon's XLTE network for fast data speeds.

The Desire 612 will be free with a new two-year contract from the carrier. You'll also be able to get it using Verizon's Edge installment plan, if you qualify.

Hello, Even me too waiting for the same model. Yesterday contacted htc support and they told that it will be launched on November(they dont know specific date though) and the price is around 26k to 28k.

What about Desire 820? Anyone know something for sure?