The NCC is Taiwan's equivalent of the USA's FCC, and its documents have revealed a new smartphone that is currently in the works: the HTC Desire 620.

Not one, but two versions of this yet unheard of upcoming handset have been certified by the NCC. The Desire 620h will top out at 3G (HSPA) networks, while the Desire 620u will support 4G LTE. 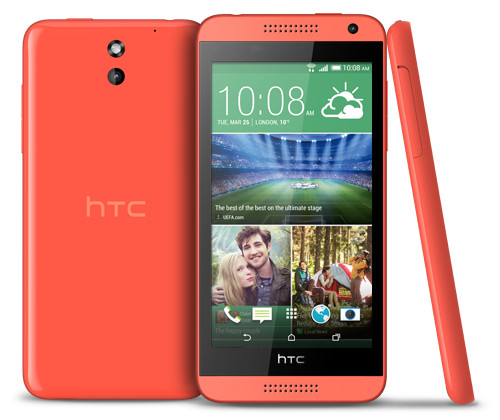 Both models will have dual-SIM functionality built-in, and that unfortunately is everything we know about the Desire 620 right now.

Given its name, however, we can speculate that it shall act as a successor to the Desire 610 (pictured above), which was unveiled in early 2014. It could also serve the same role for the Desire 616, but that has only arrived on the market in June, and it would be a bit early for a refresh.

It's unclear if we'll see the new Desire 620 across the world, or if its release will be limited to a few Asian markets, like many other Desire-branded devices before it. Hopefully we'll find out more about it soon.

terrible bezels it is black glass for cover what is supose to be pink.....hey it should be display no glasss

For those complaining about the bezels. It's still looks way better than anything Sony, Samsung and LG put out. Seriously. Only thing is HTC needs to stop releasing too many phones.