Unfortunately, the good news end here. The choice of chipset supplier is unorthodox and, even though the Spreadtrum quad-core chipset has four Cortex-A7 1.2 GHz cores, it barely nudged past the Cortex A5's in Snapdragon 200.

The camera department was another disappointment. It produced soft photos with lots of disturbingly high amount of purple fringing and choppy 1080p videos. 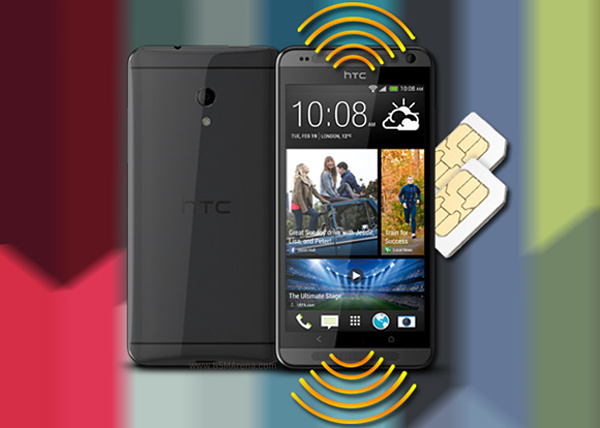 The asking price of €300 doesn't seem particularly fair for the features offered, and puts the Desire 700 dual sim dangerously close to early 2013 flagships and dual-SIM devices with superior specs.

Our look at the competition starts with the Sony Xperia C. It matches the Desire 700 on screen estate and resolution, but packs a Mediatek chipset with four 1.2GHz Cortex-A7 cores which, unlike the Desire 700, live up to their name performance-wise.

There are two SIM slots available on the Xperia C and the 8MP camera is another match. The Xperia C however brings a bigger battery and Sony's boxy design with the company's proprietary UI atop Android 4.2.2. The Xperia C will also cost you less than the Desire 700 dual sim, which could tip the scales in its favor.

Samsung has a few players on the dual SIM field but the Galaxy Grand 2 stands out in terms of pricing and specs. It beats the Desire 700 dual sim on almost every count: the screen is a 5.25" unit of 720p resolution resulting in the superior 280ppi. There's Android 4.3 on top with the full-featured TouchWiz software and a much bigger battery. Finally, the price is a tad lower at €270, which coupled with the LTE support means trouble for the HTC smartphone.

Motorola's Moto G is already a pretty perfect pitch of a smartphone, given its competitive price tag. Moto recently launched a dual-SIM version in certain markets, where the Desire 700 is available as well. The Moto G however carries a much lower price than the Desire 700. The Moto G Dual SIM is no slacker either, packing a quad-core 1.2 GHz processor. The un-skinned Android experience and prompt updates; a long with the smaller but much sharper 4.5" 720p screen make it a much easier choice.

The Huawei Ascend G700 and the ZTE Grand S Flex are next on the list. The Huawei is also a dual-SIM device, and a 5-incher, but with superior 720p resolution. It matches the Desire 700 in terms of processing, battery and camera but lowers the price significantly. The ZTE Grand S Flex is a bit more expensive but still significantly cheaper than the HTC smartphone. It swaps the Huawei's dual-SIM support for LTE connectivity, but has a similarly spec'd 5" 720p screen.

Finally, we have a second smartphone by Sony, which makes it on the list mostly because the Desire 700 dual sim is priced so unreasonably high. For about €330 the Sony Xperia Z delivers a nice 5" display of FullHD resolution, a 13MP camera, better build and water resistance. The processor is clearly superior too. At the Desire 700's current asking price, the difference boils down to a carrying case and a screen protector.

HTC has been through some rough times lately and one of the goals of their marketing strategy is to stay out of the low-end market. Their pricing certainly shows they mean it, but some of their products need to catch up.

The key selling points of the Desire 700 dual sim mean little when absurd pricing catapults it in the wrong company. The high asking price may as well be due to the fact that the Desire 700 is still fresh on the shelves and perhaps not too far away from a meaningful reduction. Until then, it would be hard to recommend this smartphone to anyone with this sort of cash.

Unsuccessful products are either rushed and unprepared or late and not competitive enough. The Desire 700 dual sim sits somewhere in the middle. Some 100 euro less would've made it a pretty strong player. But for now it looks almost like HTC are playing too smart for their own good.