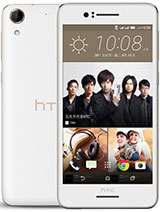 Manish, 23 Jun 2016Wicked phone! Really awesome, great performance with even 1.5 gb RAM.... But guys still there... moreHey iam facing a problem in front camera when i take the selfi from left side after capture the image it shows on right side so guys please tell me a solution

htc 728 much better than galaxy j5 or j7...super display and without laging performance...so pls go for it

Prabhu, 31 May 2016It is a nice phone. Good looking. Going on smooth. In some old opinions we can find a problem ... moreIs there any solution for back camera, it appears red while using flash???

Wicked phone! Really awesome, great performance with even 1.5 gb RAM....
But guys still there are some problems.. like OTG isn't supported, some times in b/W games motion sensor doesn't work......

ajay, 20 Jun 2016Guys I have bought that phone 20 day before it gives lots of problem screen got black automati... moreLots of problems in my phone "sensor not work" and other than similar

Htc is better than others always its too awesome

it's a grt phone according to price.simply it's awesome.

Manish, 06 Jun 2016I don't think it's a good phone. I bought it about a month ago and i am facing problems like a... moreGuys I have bought that phone 20 day before it gives lots of problem screen got black automatically and heating problem and phone restart continuously

It's a great phone don't hear the negative about it ... although it is HTC.