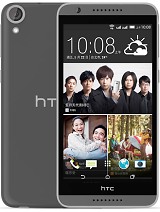 Hello friends I want to know about gps, Is it working properly or not? plz reply thanks in advance

i wanna buy a htc smartphone but my range is less than 15000
can u guys plz hlp me which phn shld i buy???

i wanna buy a htc smartphone but my range is less than 15000
can u guys plz hlp me which phn shld i buy???

msn-azerbaijan, 01 Jun 2015why this phone have 1g ram??!!becayse this is a midrange and htc released some midranges with 1.5 or 2g of ram.if they makes it with 1.5 or 2g of ram it would be useless because htc has other models with that ram.htc decrease some specs for makes a lower price midrange.this phone is between entery and midranges so for reduction of price it was needed.good luck

ah htc a mobile phone brand with everything.
the mid-range phone of htc is just superb
those who do not use htc or hate htc can i aske you a question that how much ram or camera or screen do you have on your mid-range or high-range phone?
htc is the best i reckon.
love you htc
am using 820g+ it is a smartphone with everything and i love it and its so cheap to buy and features htc has putted on it just amazing and marvelous.
i have became freeze when i saw the phone and features and now am using it ande freezing everyday
love you htc..

Harpartap Singh, 02 Jun 2015Waste phone..Useless Specs..32 bit processor..very bad GPU..even anyother brand's 5 MP has muc... morefor sure u r htc enemy and other brands wages.this phablet is midrange and you want to be 64bit???!!!! and want 1.5 g of ram??!!!! htc made a 64 bit with 2 gig of ram(instead of 1.5) and .... that named desire 820.if you want that go for it.htc makes this version for who they can't pay more money or need lower price phone in compare with D820.thay want D820 with a lower price and htc makes it.
this phablet is under 250$ and you need 64bit or ... !!!!!!!! it's very crazy opinion...
820G+ is one of the best in this price range. don't forget that htc made desire 510 that has 64 cpu and ... if it was needed htc makes another 64.
and in the end I have to tell you that htc made 64bit midranges first and other company make 64bit only in flagships(after htc other company started to made nid 64bit)
MOST OF THE DEMANDS AND CITINGS IN HTC PAGES ARE LIE, JEALOUSY,HOSTILELY OR .... AND ARE MADE OF SICK MIND

an excellent midrange. 5.5" hd screen and very good camera in this range,it equipped with good cpu and the better GPU.as most of you know mali 450mp4 is twice stronger than adreno 305. this phone is one of the best midrange and cost effective phone in it range.
htc makes very good and cost effective phones and phablets like desire 816,820 and E8,E9 and ... that some of them are the most cost effective in the market.htc just needs some better advertising and marketing consulting.do it htc

it should be packed with atleast 1.5 gb ram.. HTC go for it.. make WiFi standards better.. ur WiFi specs sounds like to just want to say it has WiFi.. (not better).

Deer can be haunted by Htc ... I heard that Aus is going to buy htc due to heavy losses in growing market... but I don't have htc phone..

People's who hate htc says as such.. because some people's are from other brands posting and kidding., you should have hands on experience and talk my bro...

guys pls jst give me a genuine resn, 'y nt this phone???'

How many day to purches this htc 820G+

Calm down people -_- this is more likely to be a low end smartphone so ur not supposed to expect high end features !! Why is that hate ? I still can't get it
And yes , 1gb of ram , pay more u get 2gb , pay even more u get 3gb ! That's what it is like
Don't comment pathetically