HTC remembered its days as a fashion-forward, music-oriented brand with the new Desire trio. The phones feature polycarbonate exteriors, which have been treated with a micro-splash process that creates a unique pattern of paint specs for each phone.

We already spent some time with all new HTC phones (the Vive too!), you can find our first-hand impressions here.

The leader of the pack, the HTC Desire 825 comes in Stratus White, sprayed with a combo of pink and gray, and in Graphite Grey Remix, sprayed with gold color paint. 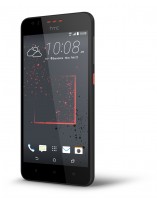 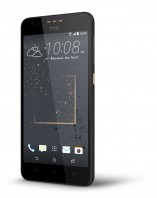 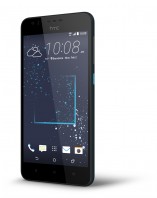 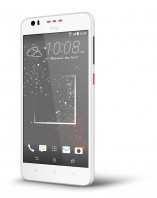 You can customize it further with snap-on cases that received the same micro-splash paint effect. 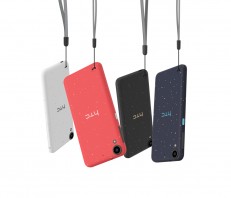 The speckled back covers

The Desire 825 will come packaged with a Hi-Res headset. The phone itself is Hi-Res Audio certified and features BoomSound with Dolby Audio (it's almost like the golden years when Beats headphones came in the box).

And stereo speakers are back after HTC flirted with going back to a single-speaker setup with the One A9.

Anyway, the phone itself features a roomy 5.5" Super LCD with a disappointingly low 720p resolution. It's powered by an old 32-bit Snapdragon 400 chipset (quad-core CPU at 1.4GHz). Memory is fairly basic too, 2GB of RAM and 16GB storage, at least you get a microSD slot. On the upside, the phone comes with Android 6.0 Marshmallow.

HTC says you'll be taking 25,000 selfies in your lifetime, so it's important to have a good camera to do it. The 5MP selfie cam on the Desire 825 can pretty you up in real time, including putting on virtual makeup. 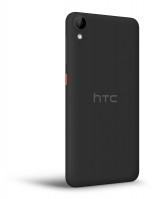 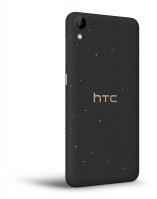 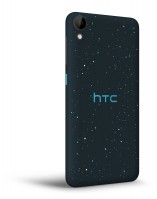 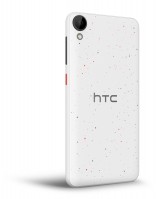 The speckled back of the Desire 825

The camera on the back is a 13MP shooter, both it and the selfie camera can record 1080p video.

The phone will come in single and dual-SIM flavors (depending on region) and has LTE connectivity. The battery is quite small at 2,700mAh.

The HTC Desire 630 is essentially the same phone, except smaller. It has a 5" 720p screen and an even smaller 2,200mAh battery.

The phone comes with the same speckled exterior and brings the Hi-Res audio setup, including the headphones and stereo speakers. It has the same camera too, 13MP on the back, 5MP on the front.

Note that you can buy the phones without the speckles, here's what that looks like:

HTC's focus on selfies remains strong with a 5MP front camera, but the back camera is reduced to 8MP. Video resolution is not mentioned (the chipset is technically capable of 1080p).

The HTC Desire 530 has the uniquely-painted exterior, but the only audio goodie is the pair of speakers on the front (no fancy headphones, no Hi-Res audio certification).

you all are irrelevant people! you're more concerned with a phone companies faults than trying to actually do something good for your community. get a life