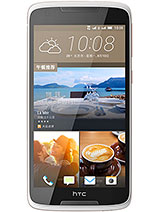 After using it for 3 days, my opinion is.....awsm display, vibrant colors, nice music output but a little bit low in outer stereo speakers. No lag observe, quite smooth performance in multitasking and high gaming. Average battery life, lasting for one day with medium uses.

is this worth for money

Hello frnds how's it 828.what about battery backup and sound quality... Pls 828 user rply me

Anonymous, 15 Dec 2015snapdragon is only the ultimate one.. It's the best ever processor.. Exynos is best processor compared to snapdragon

I think it would be Card slot : microSD, up to 2TB because in brand site also showing 2TB.
http://www.htc.com/in/smartphones/htc-desire-828-dual-sim/

The Mediatek even the high end ones shows a very low capabilities in terms of graphics performance. CPU power is not enough to compete with the Snapdragons

AnonD-416461, 13 Dec 2015may be you are comparing a lower Snapdragon with higher MediatTek.yes absolutely,mediatek processor is the best

snapdragon is only the ultimate one.. It's the best ever processor..

Wait for lenovo a7010. It has better battery, fingerprint sensor , looks better and will probably be cheaper than this one. Every other thing is same.

AnonD-468487, 11 Dec 2015NOT anymore... I have better experience of mediatek than snapdragons...may be you are comparing a lower Snapdragon with higher MediatTek.

Anonymous, 12 Dec 2015dear nkk,all of us know that UI is very important to make connection between hardware and soft... moreunless u r buying a flagship all other things remain almost same.

so when u compare mid range models from companies like HTC or samsung/LG/sony etc etc with the not so much famous companies eg gionee, xiaomi, oppo, one+ , vivo etc,they offer much better specs at low prices.

yes UI of HTC is awesome, nothing beats sense but then what about the rest of hardware. battery is a main thing and HTC still is offering shit sized batteries.

AnonD-149483, 12 Dec 2015check Gionee Marathon M5, it also supports CDMA, better battery + 3gb ram / 32GB internal stor... moredear nkk,all of us know that UI is very important to make connection between hardware and software.also htc has the best UI in speed,softness and ...(maybe someone like touchwiz or .... and it's no problem but the fastest and most soft is htc UI) so it will work better with same or lower specs.in addition I have to mentioned you htc has very better quality and is in top3 mobile world quality,so after many months or a year htc phones give you the same experience that you have in first day usage.
also htc has better main camera with OIS,very better front ultra pixel camera and....

Ashish, 11 Dec 2015This phone is mentioned as coming soon on flipkart and it also mentions that its Supports CDMA... morecheck Gionee Marathon M5, it also supports CDMA, better battery + 3gb ram / 32GB internal storage and cheaper than this HTC
http://www.gsmarena.com/gionee_marathon_m5-7259.php

How much about it?i think i is better than desire 820s....but front camera is only 4mp.....is this phone support otg?

AnonD-416461, 02 Nov 2015Design is wonderful. but sadly Mediatek CPU = bad sales that's all! People only trust the Sn... moreNOT anymore...
I have better experience of mediatek than snapdragons...

This phone is mentioned as coming soon on flipkart and it also mentions that its Supports CDMA sim ? I want to know .. is it True that this phone actually supports CDMA sim cards like Reliance, Tata ??? I have a Reliance CDMA sim and I badly need to upgrade my phone.
Pls let me know. Thanks.