An image of the first HTC handset to ship with the latest Windows Phone 7 version - Mango just surfaced. The HTC Eternity is certainly entering rumorland with a bang - it features a monstrous 4.7-inch Super LCD screen. 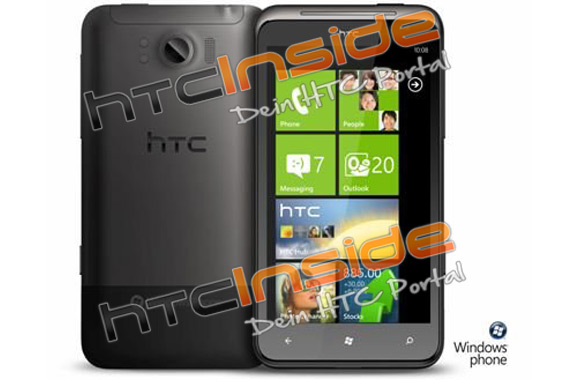 It's certainly a looker and we will definitely cheer if HTC goes for some metal on the device as they usually do. The HTC Eternity relies a 1.5Ghz single-core processor on a Qualcomm MSM8255 chipset to do the math and offers generous 16GB of internal memory. The amount of RAM is yet to be confirmed, but we figure it's going to be north of 512MB.

On the back of the Eternity sits an 8MP shooter with dual LED flash, capable of recording 720p video. There's also a 1.3MP camera on the front for those video-chats. Other notable features include Wi-Fi, GPS, DLNA, Bluetooth 2.1 with EDR and to keep the giant screen from dimming off quickly - a 1650mAh battery.

Release date and price are, understandably, unknown for now, but expect to see the HTC Eternity hit the shelves this fall or as soon as WP7 Mango starts rolling.

Wish we knew when exactly it was coming out...in Australia I hope we get it..