HTC Hima colors will reportedly include gray, silver, and gold

According to a new report, the upcoming HTC One (M9) Hima flagship smartphone will be available in gray, silver, and gold color options when it launches. The word about the trio of finishes arrived on Twitter courtesy of @upleaks. 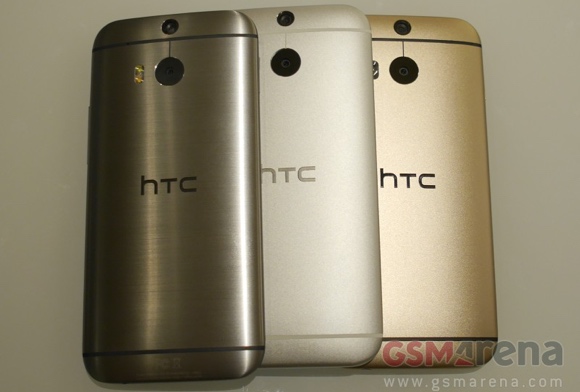 The above mentioned three color choices should hardly catch anyone by surprise. HTC’s current top dog, the One (M8) launched with exactly the same trio of finishes.

The Taiwanese manufacturer is expected to launch its next generation smartphone flagship in early 2015.

Well htc take it you know you need it lol.

Nope QHD is far too much overkill for any phone. As soon as the ppi goes above what your eye can see then it's just extra pixels for no use draining battery life and making the gpu work hard. My current phone HTC Sensation, which is about 4 years old...

I want a 4.5" 720p Snapdragon 805 with 4000mah of battery and slim bezels from HTC for my basic texting, calling, internet and some gaming activities and a Note 4 with Snap 810 for multimedia, work, heavy gaming and virtual reality. That would d...