HTC Holiday for AT&T gets caught again in the wild

We have to admit that the HTC Holiday looks in a much better shape in its pictures today, than the last time we spotted it. There are also a couple of screenshots to confirm the specs of the device. 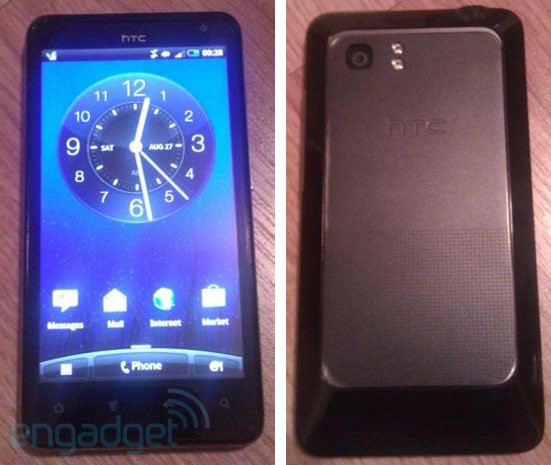 As far as the above mentioned are concerned, there is nothing which we don't know since the last time. One of the first LTE droids for AT&T will pack a 1.2GHz dual-core CPU, 4.5" screen with qHD resolution and LTE support. An 8MP camera with an LED flash will be in charge of taking photos and videos, while a 1.3MP front unit will assist you in your video calls.

The HTC Holiday will be running Android 2.3.4 Gingerbread with Sense 3.0 UI, promising a worthy amount of eye candy for the large screen. You can see a few screenshots from the device below.

All in all, it appears that the HTC Holiday has the EVO 3D internals, the HTC Sensation camera unit, and a bigger screen than its slightly older siblings.

The device is expected to be one of the first devices to launch on AT&T's brand new LTE network this Fall. Word has it, that the retail name of the device might be HTC Waikiki, instead of Holiday. Feel free to tell us how would you like this name for the upcoming HTC flagship in the comments section below.

they need to put another picture of that phone because im tired of the same one.

Too bad this thing does not come with the latest Sense 3.5