The unfortunate naming aside (seriously, didn’t anyone say it out loud before they announced it?), the Incredible S is a pretty great smartphone. You’ve got spotless connectivity, an exciting new screen, those cool rotating buttons and the proven power of Snapdragon under the hood. 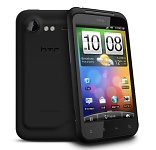 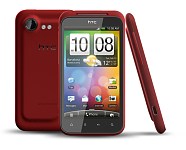 HTC has earned a name for itself and there’s no wonder that the launch of the Incredible S was greeted with excitement. Their new potential bestseller is too important a device to go unnoticed even if it tries to be merely an evolutionary, rather than revolutionary step forward.

It seems the Incredible S has got the proper set of ingredients to make for a really capable smartphone at a reasonable price (for a high-end device, that is).

2010 was the year of the droid in the smartphone calendar and Google will undoubtedly try to serve us more of the same in 2011. To achieve such an explosive growth is a tall task, but certainly not impossible. There are two things that the Open Handset Alliance will need to achieve in order to complete it.

First, they will need to finally grab a sizable share of the lower mid-range market and second they need to maintain their positions in the high-end segment, which has been their stronghold lately.

And while the implosion of Symbian will certainly help the droid army with their march towards lower segments, some serious efforts will be required to keep iOS and the rapidly improving WP7 at bay on the top.

That’s why devices like the HTC Incredible S are so important. Not only do they need to generate as much revenue as possible for their manufacturer, but they also need to perform well to maintain the platform’s reputation.

This certainly is a heavy burden, but is the Incredible S fit to carry it? We’ll find out in the course of this review. Now join us on the next page for the unboxing of the beast.

Hi I have a incredible S. I love it much m