We have already seen the rumored specifications for the HTC M7, the company's upcoming flagship device and supposedly a replacement for the One X. Now we have a rendered image to go with it. 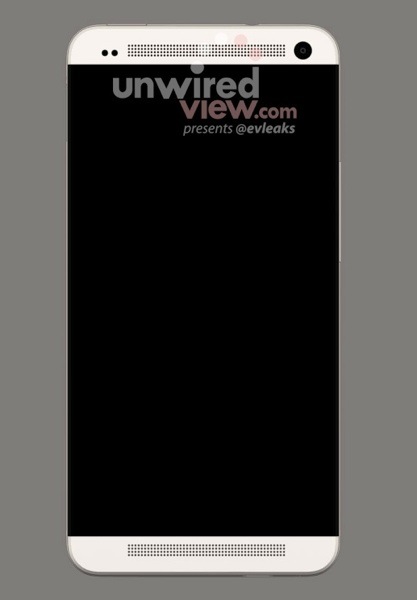 The rendered image looks strikingly similar to the BlackBerry L-series device that we have seen in the past, which itself sort of looks like the iPhone 5. The display is flanked by two colored plastic portions on the top and the bottom. Both areas have a rather pronounced grille area, with the top also housing the front facing camera and the various sensors. Unfortunately, this is the only picture we have for now.

It is being rumored that the M7 will likely be announced at Mobile World Congress this year.

Wat abt buttery tats a 5" monster.

4.7 inch is just perfect to easily fit our hands and also our pocket. so I hope it stays that way