New official photos of the upcoming HTC One M8 Ace have leaked showing the phone in a new blue color option. The Ace shapes up to be a plastic, more curvy version of the premium, aluminum-clad One (M8).

The photos are obtained by Twitter user upleaks and the phone closely follows HTC's design language that we saw in the One (M8) and One Mini 2. The BoomSound stereo speakers are present too.

The One M8 Ace is made entirely out of polycarbonate, which saves manufacturing costs and puts it in a better competing position against the Samsung Galaxy S5. At the back, there's no dual camera setup, and the LED flash is right above the rumored either 8MP or 13MP snapper. 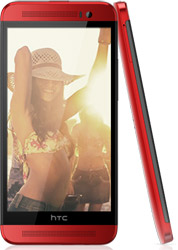 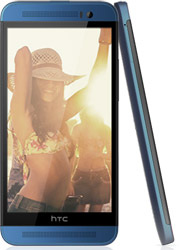 The HTC One M8 Ace in red and blue

Other specifications include a 5" 1080p display and Qualcomm Snapdragon 801 SoC with 2.5GHz quad-core CPU. The phone is believed to cost below $500 when it hits stores, but no specific time frame has been rumored just yet. We've seen a Chinese version of the HTC One (M8) Ace - the Ace Vogue - which is believed to launch as early as June 3.

Seems to be a good built. I just hope HTC prices it reasonably as Xiaomi is already here in India to beat all flagship phones.

If htc price 38k to 40k then i doubt it may not preform well although if it goes out under 35k then it may have a chance.