HTC Merge goes official, will be offered by multiple US carriers

After the HTC Merge images leaked a while ago, now the Taiwanese company finally makes the phone official. The device is also HTC's first Android-based CDMA/GSM dual mode phone or "world phone" as they call it States-side. 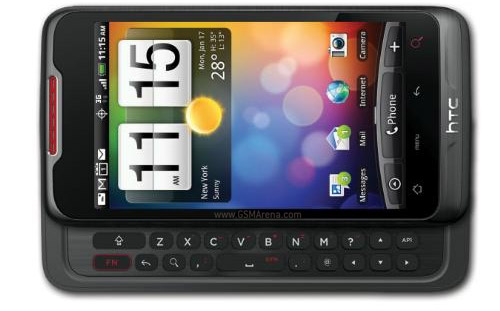 The HTC Merge runs Android, and naturally will come with HTC’s custom Sense UI on top of it. The device packs a sliding QWERTY keyboard and a capacitive 3.8-inch touchscreen. At the back the Merge touts a 5MP camera capable of 720p video recording.

Pricing is still unknown, as well as major hardware specifications, so maybe HTC will get those details out soon. What we know, though, is that the Merge will be available this spring for multiple US carriers. We bet Verizon and Sprint are definitely on that list.

hey stop complaining about gamepads on Sony xperia play not being good for typing n Skype, that phone is a dedicated gaming phone for game lovers, the big touch screen has a big enough on screen qwerty to type whatever u want. are u planning on typin...

htc are brilliant phones may b n iphone killer when it comes to some features but the only thing that pulls htc down is the poor battery life...