Three days before the HTC MWC press conference the curtain was lifted a little bit higher and we got to learn a bit more about their upcoming Android smartphones. As we know the Taiwanese company will unveil the HTC One X, HTC One E and HTC One S (yes, they do spell that).

The high-flying HTC One X leaked numerous times before and is by far the most interesting of the bunch. It features a quad-core (okay, okay - 4-PLUS-1) Tegra 3 chipset and a 720p LCD, plus an 8 megapixel camera on the back.

HTC set up a teaser on its Facebook page for the One X. The smartphone sketch with the number 5 in the middle is said to refer to the number of processing cores in the Tegra 3 chipset (counting the companion core). Alternatively, HTC might have a couple of surprises for us and announce 5 smartphones at the MWC. They unveiled just as many last year so it's not unimaginable we'll see a replay.

The HTC One E will sit in the middle of the pecking order. The previously known as HTC Ville smartphone will feature a 4.3" qHD screen, which might even be a Super AMOLED. We just got the first benchmark of the device and thinks are looking quite promising for its dual-core chipset. 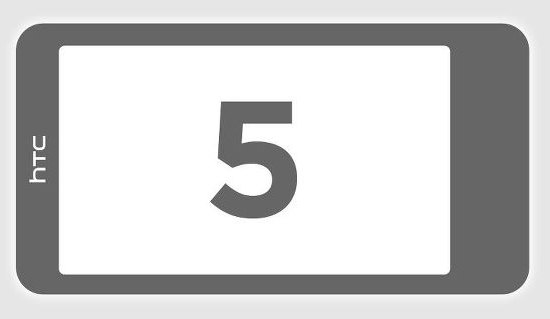 The HTC One S managed to score 60.6 fps at NenaMark2, which is quite an impressive score. To put things in perspective, the most powerful of the current HTC smartphones, the Sensation XE, scored just under 27fps on the same benchmark.

Finally we come to the HTC One S (previously Primo), which will be the entry level offering and will come to succeed the extremely popular Widlfire S. It will reportedly run on a 1GHz single-core CPU and feature a 3.7" Super AMOLED.

Rumors have it we won't see a tablet announcement from HTC this year. But don't worry - the Taiwanese haven't abandoned the tablet market, they just need some more time to prepare their next slate and it should come out by the end of the year. Also, they might be waiting for the 4G networks to gain a larger market share as the next HTC tablet is said to feature LTE connectivity.

Finally, we also understood that HTC has big plans about integrating NFC in its smartphones, and it will be available on every one of their smartphones from Q3. Hopefully, the One X and One E will have it a few months in advance.

Special thanks to our kind tipsters!

1st HTC were releasing 3 phones now gsm arena say its 5. Then the say its One V and now its One E. Where do they get there info from. What ever HTC bring out its gonna be good. And its not about spec's, but features. Let's watch this space and see...

The 5 actually referred to the number of days left for HTC to announce the HTC One_x. The fb link now shows a 3... As is 3 days until sunday!!

i hope they introduce HTC Zeta as HTC One Z