Several months ago we reported that HTC is planning to launch three more phones by the end of 2017. We already saw the U11+ and the U11 Life, so now it’s time for the last one, codenamed HTC Ocean Harmony. The device was listed by CCC, meaning that at this point a launch is inevitable. 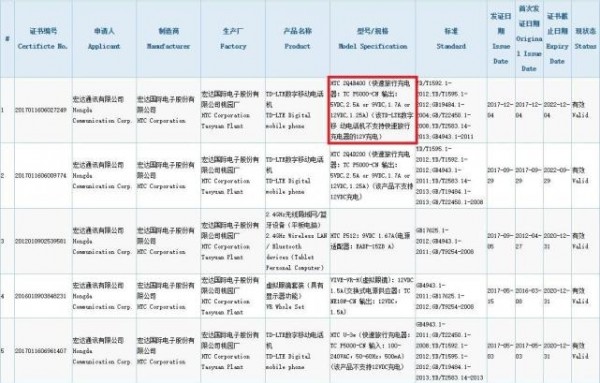 According to the listed specs, the chipset will be Snapdragon 652, coupled with 4 gigs of RAM and 64 GB storage. The phone, codenamed HTC 2Q4R400, is expected to have 5.99” bezel-less screen like the one in HTC U11+. This looks like a toned down device and most likely will be a budget option of the current flagship.

Chinese media suggests the lite phone will have another version with Snapdragon 660 and will cost a bit more. The 652-powered HTC is going to have a price tag of CNY2,599 or almost $400 while the more powerful variant will be CNY3,599 or about $540.

No 3.5mm and sd652. Keeps putting outdated stuff at the end of the years, anyone remembers releasing 810 chipset phone at 2016? HTC illogical moves killing this company slowly