HTC has let a couple of official photos of its latest smartphone offerings the Desire P and Desire Q make it to the web, garnished with some specs. Both devices are running Android 4.1 Jelly Bean and are what appears to be replacements for the Desire SV and Desire U, respectively. 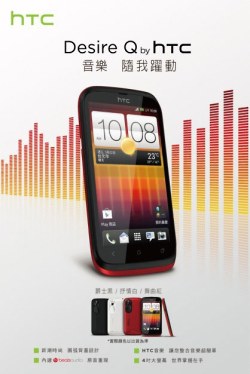 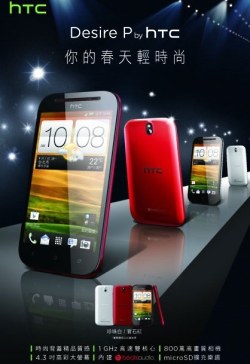 The mid-range HTC Desire P (T326h) is built around a 4.3" display of WVGA resolution. At the back of its plastic body there's an 8MP camera with LED flash, while inside resides a 1GHz dual-core CPU of unknown variety.

The Desire P has a few nice bonus features like Beats Audio and microSD card slot. At the front, there's also a front-facing camera. The smartphone is bound to hit China and will be offered by China Mobile for a purported price of $365.

As for the HTC Desire Q (T328h), it's smaller and cheaper than the Desire P and packs a 4" display. Its resolution is still unclear as are the rest of the specs. However, it's known to boast Beats Audio capabilities and will retail for $235 in Taiwan. It'll likely be available in China as well.

The main reason htc failed in the business is not because of poor marketing, but because of low speced phones even in the midrange where other brands offers full speced phones,even at the high end htc has only 2 or 3 models which is also not near to ...