HTC officially debuts the One X, One XL, One S, and One V

HTC officially announced their MWC line-up of Android smartphones. Unsurprisingly, the devices unveiled are the flagship One X and One XL, the mid-range One S, and the starter One V. Let's start with the most interesting one. 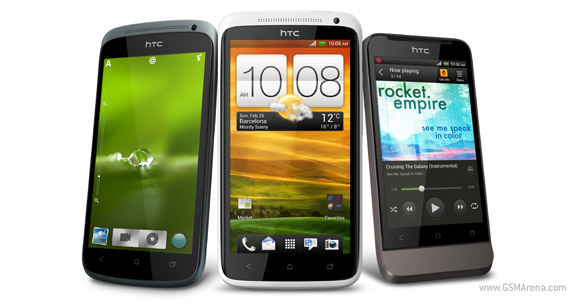 You should already be quite familiar with the One X with its many leaks prior to MWC, but now let's run over the official specifications of the Taiwanese flagship. 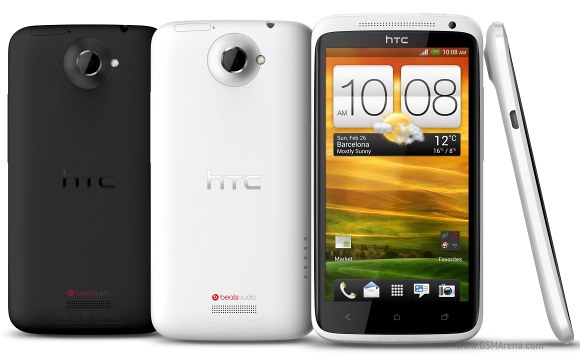 The One X is the most powerful Android smartphone HTC have built to date and it's built around a 4.7-inch Super LCD 2 display sporting a 720p (1280x720 pixels) resolution. A 1.5GHz quad-core Tegra 3 chip for the global edition of the phone and a Qualcomm Snapdragon S4 dual-core for the LTE variant coupled with 1GB of RAM will be making sure Android 4.0 Ice Scream Sandwich is running at its best with no apps making it think twice.

At the back, the One X sports an 8MP snapper, which packs a special Dual Shutter camera module, which allows you to take photos while shooting 1080p video at the same time. We are quite impressed. And the main camera itself rocks a 22mm wide angle lens, f/2.0 aperture and a BSI sensor. Face and smile detection are on board as well as burst shooting mode up to 5fps.

Storage on the One X is limited to 32GB with no microSD card on board, but HTC compensates its lack with 25GB of free Dropbox storage for two years. NFC, DLNA, Bluetooth 3, Wi-Fi N, 3.5mm headphone jack and microUSB with MHL are on board, too. Oh, and it's also got Beats Audio enhancement, so music through that 3.5mm jack should sound extra nice.

The display of the One X is covered in 3D Gorilla Glass, which is another way of saying the screen glass is tapered on the edges as on the Nokia N9 and Lumia 800. The whole body of the phone is one piece of polycarbonate plastic, just like the N9. It's quite slim, too, measuring only 9,29mm. Impressive for a 720p screen, Tegra 3-packing (or Snapdragon S4-packing) Droid.

The HTC One XL is a variation of the One X but packs LTE, hence the L at the end of the phone's name. As we mentioned above, the One XL will be packing the Snapdragon S4 dual-core processor clocked at 1.5GHz. 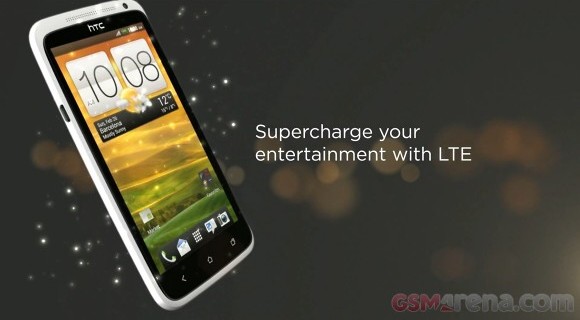 The One S is the slimmer brother of the One X and as it happens is the thinnest phone HTC has ever produced. 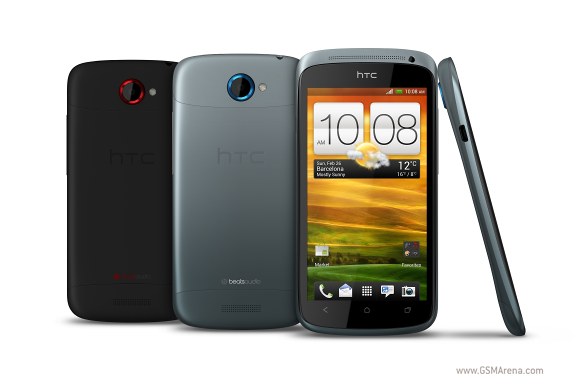 Slimmer, but also less powerful, it's powered by a dual-core 1.5GHz Snapdragon S4 processor on the MSM8260A platform thus making it more of a mid-range model, rather than a truly fledged flagship.

Still, the One S is packing a 4.3-inch Super AMOLED display and an 8MP shooter at the back with an f/2.0 lens and a LED flash. The audio of the One S is enhanced by Beats Audio as well.

The One S is built around HTC's usual aluminum unibody design and is just 7.6mm thick. HTC has gone the extra mile by giving the One S a crystaline ceramic metal finish, which is achieved by baking the aluminum in plasma. This whole process transforms the aluminum into ceramic making it 4 times harder and scratch resistant.

And lastly, the HTC One V is the entry level addition to the HTC line-up at MWC. 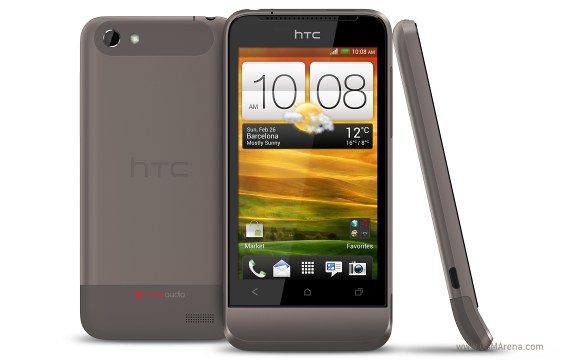 As such, it's packs a 1GHz single-core yet unspecified CPU Snapdragon S2 processor, 512MB of RAM and a 3.7-inch WVGA LCD display. The One V runs Ice Cream Sandwich, but unlike it's fellow relatives from the One family, which run Sense 4.0, the One V is coated with the older Sense 3.6.

At the back there's a 5MP camera with autofocus and f/2.0 lens recording 720p videos. Unfortunately, HTC has omitted the front-facing camera on the One V. Storage is limited to just 4GB sans microSD card slot, but a deal with HTC and Dropbox comes to the rescue. It gives users 25GB of free Dropbox online storage for 2 years.

A 1500mAh battery will give the phone its power juices while a quadband GSM and WCDMA radios will take care of the telephony. The One V also packs GPS, Wi-Fi and Bluetooth.

The whole HTC One family of phones will be globally available come April this year.

Overall price of HTC is too high even no good basic features as Nokia, Samsung mobiles. So, bye bye HTC we peoples are not attract for any HTC One Series as V,X,S,XL etc. pls try to make good mobiles with good price also.

well no battery are not replaceable !!