The name is quite a statement, but one that befits a smartphone that has the makings of a masterpiece. The HTC One builds on a time-honored tradition of unibody design and packs all the very latest tech available - some of which exclusive - to make what is perhaps one of the best all-rounded packages to see the light of day in the first half of 2013. 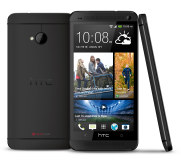 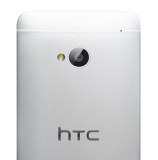 The HTC One is like a supercar - it's the best that current technology has to offer and while not everything is completely practical, it looks and handles great and is ready to wow its owner. And much like a car dealership, HTC is ready to offer you money if you trade in your old HTC phone - it's $100 or the value of the old phone, whichever is greater.

The biggest bullet point in the features list is the camera - a 4MP "ultra-pixel" camera. Yes, the resolution sounds too low, but this camera marks a first in the mobile phone imaging world, which puts it next to the Nokia 808 PureView and Lumia 920.

Speaking of a feature list, here it is. The One (camera aside) is basically a Butterfly with bumped up specs and a cool aluminum unibody.

HTC One at a glance:

The camera is backed by ImageChip 2, which enables some advanced functionality. It takes the Scalado tech we first saw on the HTC One X and puts them into overdrive.

HTC is trying to move away from Android slightly. Yes, it's still a full-blown Android 4.1.2 Jelly Bean, but the new Sense UI version 5 transforms the interface into something that isn't instantly recognizable as Android, including a brand new homescreen and a gesture-based replacement for the menu button.

Handling the HTC One

The company is also playing to its audio strengths - the usual Beats Audio is on board, but there's also BoomSound for the front-facing stereo speakers, which are said to blast out up to 93dB. Then there are the HDR microphones to ensure good call sound quality.

Utter disaster. I bought htc one 801e with much hope and expectations. The main camera is TOTAL disappointment, as in low light it gives a purple picture and very hazy resolution. Got it replaced. The new set had the same problem. The service ce...

HTC One IS EVERYTHING YOUR PHONE ISN'T: * Aluminium unibody with zerogap molding while still maintaining strong wireless signal. * Ergonomic curved back to fit your palm perfectly and ensure better grip and feel all-around. * BoomSound stere...