Hot on the heels of today’s leaked blurry photo, alleged press images of the upcoming HTC One A9 made the rounds on Twitter, courtesy of @evleaks. The renders showcase the device in six different colors and confirm its iPhone-esque design. 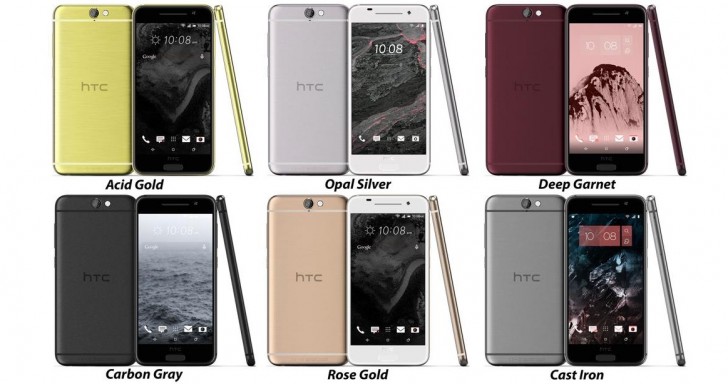 HTC One A9 will be available in Acid Gold, Opal Silver, Deep Garnet, Carbon Gray, Rose Gold, and Cast Iron when it goes official. The smartphone scheduled to debut next week, on September 29.

Previously rumored specs of the One A9 include a Qualcomm Snapdragon 617 chipset, 2GB of RAM, 16GB of expandable memory, 13MP main camera with OIS, 4MP front-facing snapper, and Android Marshmallow. A 5” 1080p AMOLED display and 2,150mAh battery are also said to be on board.

If they tag the price higher than it should just because of its pseudo-new design language, albeit a have-seen-before design, I deem it unworthy

Well, can't be helped. Not much super, heroic, nor superheroic about this until they disclose a decent price