The GSM Association organizes the annual Mobile World Congress and along with it the traditional Global Mobile Awards (its 19th edition this year). More than 175 independent analysts, journalists, academics and subject matter experts throughout the world participated in the judging process. The entry deadline was November 29, 2013, so it's generally last year's products that get awarded every February.

There's a multitude of categories, some of which may sound pretty obscure unless you are in the telco business, so we've shortlisted the few categories that we think would matter most to mobile phone enthusiasts (such as ourselves). 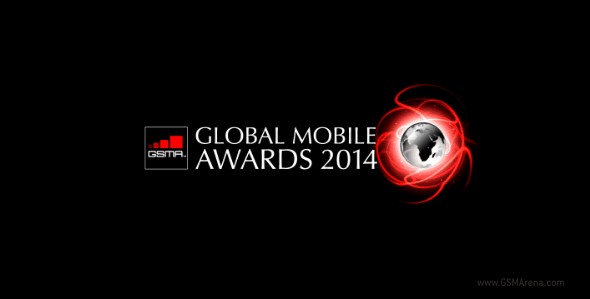 The HTC One was named the Best Smartphone in the past year. The other nominees, which were considered, were the Apple iPhone 5S, the LG G2, the Lumia 1020 and the Samsung Galaxy Note 3. Last year's winner was the Samsung Galaxy SIII.

"The HTC One remained one of the most advanced smartphones throughout 2013. Its great design and excellent user interface continue to provide a differentiated user experience, standing out from the competition."

The Nokia Lumia 520 was announced as the Best Low-Cost Smartphone (sub-$150 wholesale price). The rest of the considered nominees were all Android smartphones and included the Lenovo A390T, the Samsung Galaxy Young, the Sony Xperia E, and the Xiaomi Hongmi.

"A smartphone that hasn’t compromised on quality – a trailblazer for Nokia’s low-cost efforts."

"Outstanding value for money, with impressive durability and battery life, this is driving mobile penetration into further markets."

"The iPad Air packs class-leading performance in an attractive and svelte frame, while its ecosystem has an undisputed advantage in the number of format-optimized apps."

LG was named the Most Innovative Device Manufacturer of the Year. Last year that was Samsung.

"Impressive across the board with ground-breaking innovation – LG is flexing its technological muscle."

The FiLIP wearable locator and phone watch for kids, sold exclusively by AT&T in the US, was announced as the Best Mobile-Enabled Consumer Electronics Device. Sony's SmartWatch 2 was another wearable device among the nominated for this category. Last year it was the Samsung Galaxy Camera that won this one.

"The FiLIP is a new breed of self-reliant wearable device that is a simple way for kids to reach their parents, and for parents to find their children quickly and easily. FiLIP affords parents peace of mind with the ability to quickly call and locate their children. This is a really well designed product fulfilling a clear market need and making a complex solution very simple for the user."

As for the mobile app awards, DEVICE 6 was announced as the Best Entertainment App (Gaming, Music, Sports, Video), CityMapper was called the Best Overall Mobile App, while CamMe was named the Most Innovative Mobile App.

You can check out the full list of winners here.

Be sure to check back with us tomorrow, February 26, as that's when the Best New Mobile Handset, Device or Tablet at Mobile World Congress 2014 will be announced. Which one would you pick?

hTC one m8 is a best smart phoneeeee . i love it