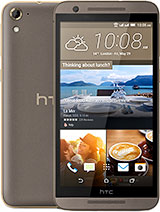 been using this phone for almost a year and its still kicking butt... loving this phone and everything about it except for the battery life... its just bad..

HTC E9s phone user, 19 Jul 2016Most unreliable phone ever. I dont know whether HTC people ever tested the phone or not. Its ... moreI had it and get it to my bro and near to 1 year usage no problem. also I have many games and most of popular apps in my phone and no any hang or error.the ui is great and the quality is great too

Most unreliable phone ever. I dont know whether HTC people ever tested the phone or not.
Its screen is so sensitive that it broke 2 times after 1 week of purchase.
Still regretting to buy.
@HTC: This is not the first phone we are using so don't tell that we don't know how to use it.
Its definitely a manufacturer fault for which HTC should take the responsibility.

Anonymous, 28 May 2016Very very bad phone. My display broke within a month of purchase.Got it repaired and it broke ... moreIf all u people dont know how to handle the device thn its not the fault of the manufecturer...

seems that all htc one e9s have the same problem.. why is the company not taking action. even my phone lcd just cracked without a fall

Shimmu, 23 Jun 2016I bought this phone and display broke down with in 4 days and when I went to service centre it... moreYea that happened with me too...my fone's display has broken down and now m sending my fone for repair to the service center...but in all these will my data would also be erased that was saved on fone ?

Anonymous, 20 May 2016Phone has broken twice in the period of 05 Months and cost of repairing is almost 9 K so reque... morePlease don't buy this phone. Display very cheap quality.

htc always a good phone y u guys dropping ur phone. if yes y ur complint about display broke its all bull shit

Full of waste of money ..after purchasing 1 month .disply has be broken ..i had given to srvce cntre they charge me 8000rs after complete that issue dnt knw wat went wrng with that phon. now its motherboard is nt working and their telling that i dropped my phon on the floor and will be chrge around 13000 .wat nonsense this is!!!! Phone value 21000-13000-8000=0. Thats means mobile value is zero..My dear bro & sis dnt purchse htc mobile at all..

Chari, 16 May 2016Is it available Android M for HTC ONE E9S?Very bad phone. my screen is broken after few days and automatic switched off. I don't like this phone

hi, this phone is average, looking is good,slim and fast, camera is good, but problems are
1. phone get switch-off permanently
2. sd card unmounted unexpectedly.(replacing again )
3. sometimes camera unable to start (need to restart phone)
i am using this phone from 4months

just six months completed, screen got damaged. Replacing of screen HTC service centre charging Rs.9500. purchased it for 22k in EMI is become zero value. it is not recommended such a range mobile phones.
Either should go for less than 6K or higher range unbreakable screen mobile to protect our hardly earned money.

I took htc e9s 6 month back its a great phone with good looks The only thing i didn't like is its not compatable & Supports OTG Cable thats it.. Gr8 Phone for use

SArmistha, 19 May 2016Hello everyone.. I like to make you all clear that I am very much irritated by looking into ur... moreI am convinced with Sarmistha. This phone is amazing, even my phone's display got cracked, even though the Service center people are slow. But Loved the phone and looking forward for HTC phones only. I have used this phone from last 6 months.

bought this phone 2 days ago and the screen is broken dont know how the screen guard is fine and now i guess service centre will ask for money.

can any one suggest will they charge me for this?

abhi, 02 Jun 2016Even my htc one e9s mobile display was broken after 3 months of purchase then I took it to ser... moreSir am also facing the same problm can u plz tell me the service centr you were gone to