HTC One gold-colored shell shows its face in China

HTC One was initially launched in Black and Silver colors back in March this year. Later on we got Ruby Red exclusive to Sprint and Glamour Red - selling only in the UK, while a few days ago at the IFA HTC added yet another flavors to the One lineup - Vivid Blue exclusive to BestBuy.

It seems though HTC is prepping another paintjob for the HTC One, as testified by a couple of leaked photos. 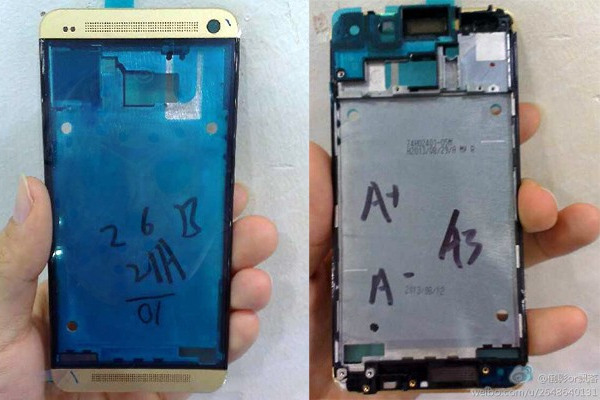 The images show what seems to be original gold panels for the HTC One. There are no other bits of info besides the pictures, but we guess it wouldn't take long before the new color hits official status. After all a gold iPhone 5s is on the way and it needs some competition.

I don't think so.. probably a few years ago that was true.

htc is htc do not come and talk "iphone" for me there is no phone better than htc.

Don't get me wrong, this is a pretty decent phone, but iPhone 5s is coming out soon, and I'm sure more people will want iPhone 5s than HTC