HTC has started rolling out the Android 5.0 Lollipop update for its 2013 One flagship device - One (M7) in India, Singapore, Malaysia, and other regions. The Taiwanese company finally is reaching out with the OTA to several regions for the two year old handset. 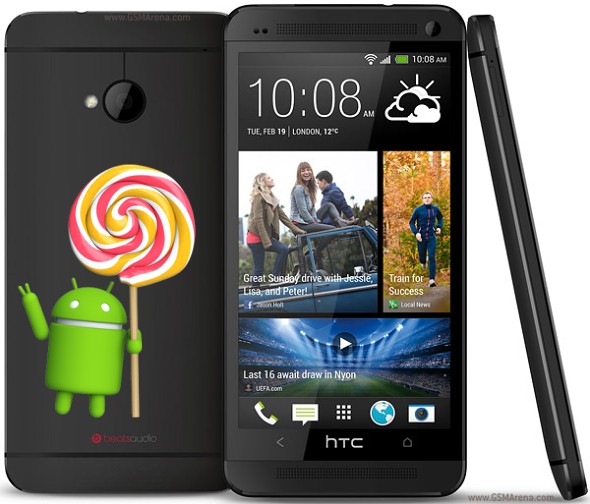 The One (M7) gets the Lollipop OTA packaged in a build version 7.21.707.105 measuring 774.82MB for India. The build will have different version number for each region but will be more or less around 800MB. 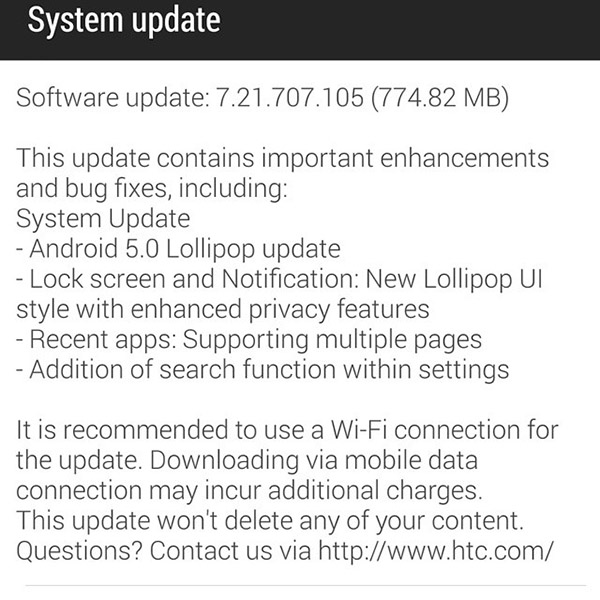 The new Lollipop update packs the new Lock screen and notification user interface with improved privacy features. The Recent apps menu will support multiple pages and removes the current limit. This update is same as the one that was rolled out for Europe last month.

We recommend to download the Lollipop OTA on Wi-Fi network and let us know if you find something interesting with the update.

Thanks for the tip - Akshay and Harsh Sodi!
Related articles

How to update lollipop htc one m7??