HTC One (M8) gets treated to a minor software update

The recently launched HTC One (M8) is getting a minor software update. The new firmware brings Extreme Power Saving Mode and enhances the performance of the camera and gallery apps. 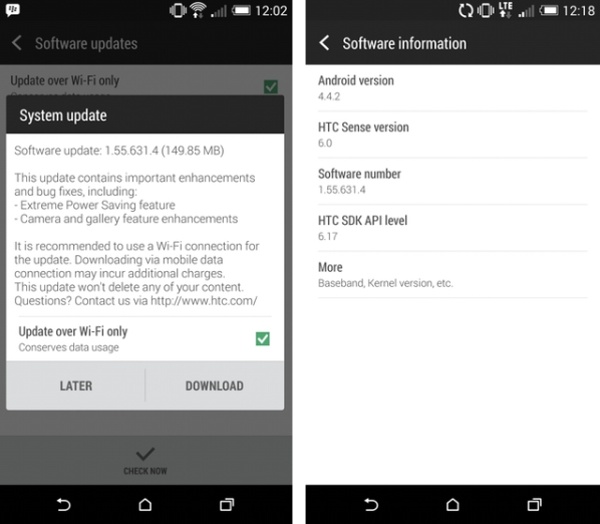 Even though the Extreme Power Saving Mode was announced at the launch, the US and the Canadian variants did not have the new feature as the update had to be approved by the FCC. The smartphone had to undergo additional testing to make sure that the emergency calls were still available in the low power state.

The update pushes the build version to 1.55.631.4 and is still based Android 4.4.2 with the home backed Sense 6.0 UI on top. The new firmware size is about 150 MB and is already rolling out. If you haven't received any notification, then you can check for the update manually by visiting Settings > About > Software.