HTC One (M8) leaks out on Twitter in blue color scheme

Hot on the heels of the previously leaked red and pink versions, another new color scheme of the HTC One (M8) made the rounds on Twitter. Unsurprisingly, the image was posted on the social network by @evleaks. 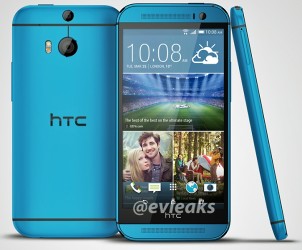 It is hardly a surprise that HTC will release a version of its flagship smartphone in blue. A blue-colored HTC One (M7) was exclusively offered by BestBuy in the United States.

There is no word on pricing or availability of the new color scheme. We doubt it will be a long wait to find out.

I feel so proud right now.

Good. Another smart one, welcome.