HTC One (M8) on T-Mobile gets Nougat update

T-Mobile has started pushing out a new update to HTC One (M8) units on its network. The update brings Android Nougat OS (version 7.0) to the device that was launched way back in 2014. 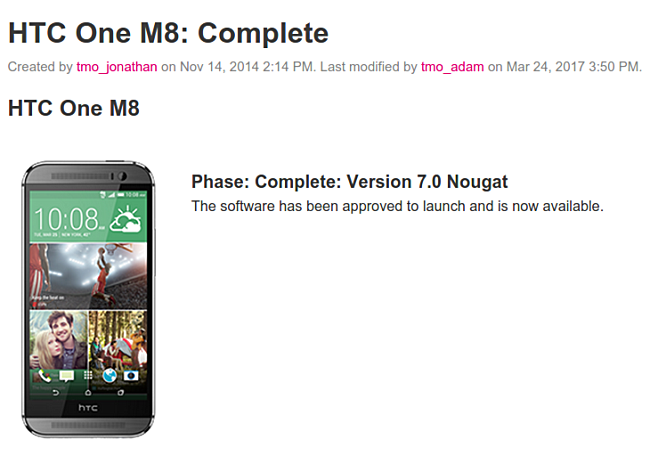 The Nougat update for the phone comes nearly a year after the magenta carrier started pushing out the Marshmallow update.

Given that the roll out has just begun, it may take time for the update notification to pop up on your phone's screen. Meanwhile, if you feel impatient, you can manually check for the update by heading to your handset's Settings menu.

Please how do you update HTC one m8

Im still waiting for the update nice one

It would be nice if Samsung follow this example for Note 4.