HTC's gallery organizes images in albums which are ordered by date or folder. You can also sort them by location. Once you open an album, the first and biggest thumbnail is reserved for slideshows. Once you tap it you can customize if you want an effect added over the photos and what sort of music you would like to play.

HTC's gallery can connect to a number of online sources like Facebook, Google+ and Dropbox and mold your online galleries into your local ones.

Sony's gallery, dubbed Album, and sorts pictures by date. You have a side-swipeable menu that lists all of your folders. You can pinch in and out in the photo stacks to change the thumbnail size. As with HTC's gallery, Sony's Album can display Facebook, Picasa, Flickr albums inside the gallery.

Maps and Globe albums are also available, which use the geotagging info to sort photos by the location at which they were taken, and faces, which groups photos by the faces of the people in them.

Winner: Tie. While Album looks better and has more eye candy, HTC's gallery has a great slideshow function that makes up for that.

HTC's music player is pretty simple. It sorts music by Artist, Album, Songs, Playlists, Genres, Podcasts or Folders and can stream music through DLNA. The player will automatically scour the internet to find missing album art and even lyrics for you.

Sadly there's no equalizer on board the HTC One (M8)'s stock music player so you'd either need to change the player or live with the built-in settings.

Sony's music player is called Walkman. Not only does it store and show your local music but features Music Unlimited integration and is not above trying to sell you songs. Music Unlimited includes ways to discover new music - Charts, New releases and Channels.

The Walkman interface is based on a hidden swipe-able menu that sort your music collection by the usual options.

There's a cool Infinite button that helps you find the track's video on YouTube, look up info about the artist on Wikipedia and search for lyrics on Google. Using Gracenote Walkman will automatically download music information and album art.

Sony doesn't leave its listeners without options. ClearAudio+ determines the best audio quality settings depending on the song you're listening to. Dynamic normalizer evens out the differences in volume between tracks. There's an equalizer with presets and manual settings (including tweaking Clear Bass). Surround sound mode imitates the Studio, Club or Concert Hall experience. Clear stereo mode enhances the perceivable stereo channel separation.

Both smartphones offer FM Radios with RDS. They can scan for local stations and store them as favorites.

Winner: Sony Xperia Z2. Audiophiles will appreciate Sony's dedication to bring the most customizability to music as possible. HTC's passive approach earns it the boot here.

HTC's video player is again pretty simple and doesn't even have a dedicated app, instead it resides within the gallery. You get a Play/Pause button and a slider to scrub through the video, a button to capture images from the video, volume slider, and sharing options. All hide automatically after a few seconds.

Sony's Movies app has a great UI. It's connected to Gracenote and shows you additional information about your videos - metadata like genre, synopsis, director and cast.

Winner: HTC One (M8). The One (M8) may lose out on looks but performs better.

The Sony Xperia Z2 does produce pretty great audio output and its performance is enough to please even relatively demanding users, but the HTC One (M8) really is in a class of its own here.

The HTC flagship is the loudest smartphone we've seen in a while and it has excellently clean output both with and without a pair of headphones - in the first case it's actually notably better than what the Xperia Z2 manages. 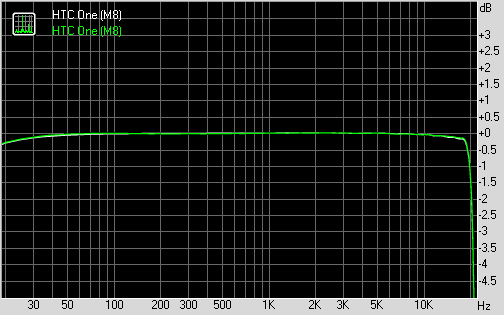 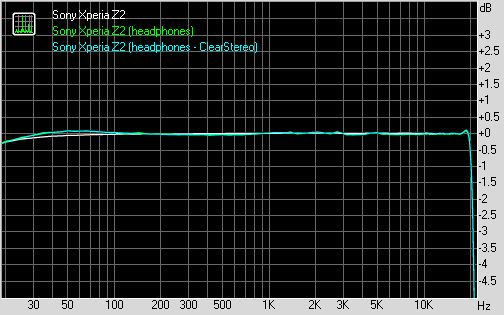 Winner: HTC One (M8). The louder and cleaner output of the HTC flagship make this one of the easiest categories to judge so far.

Both devices offer front-facing stereo speakers to ensure not only quality stereo sound but also avoid sideways or back-blasting audio. However neither seems really impressive when it comes to volume, despite the HTC One (M8) having those fabled individual amplifiers for each speaker and the company boasting 20% louder output compared to the previous One. HTC has BoomSound while Sony offers xLOUD which is supposed to improve speaker loudness.

Here go the scores. While they are almost identical the HTC does have a slightly deeper-sounding duo of speakers. That's only just mind you and you'd be hard-pressed to tell the difference unless you put the two side to side. The Sony Xperia Z2 does feature more compact speakers that don't require as much space and they are water-resistant, which is impressive.