HTC One vs. iPhone 5 camera shootout surfaces, we compare

HTC made a big splash the other day with the announcement of its next flagship, HTC One. Besides the general upgrades in almost all departments, it also presented us with a new type of camera. First of all, it's part of an elite club by offering optical image stabilization much like the Nokia Lumia 920. And secondly, instead of increasing the megapixels of the sensor, HTC has actually decreased them, while keeping the physical sensor size the same. As a result, the photosites on the HTC One sensor are up to three times larger than on regular 12-13MP cameraphones.

This article is based on a pre-production HTC One unit not running the final version of the software, so the results are to be taken with a pinch of salt.

Both of these innovations bring a promise for exceptional low light performance, which should read as: longer hand-held exposures, high levels of detail and low levels of digital noise. 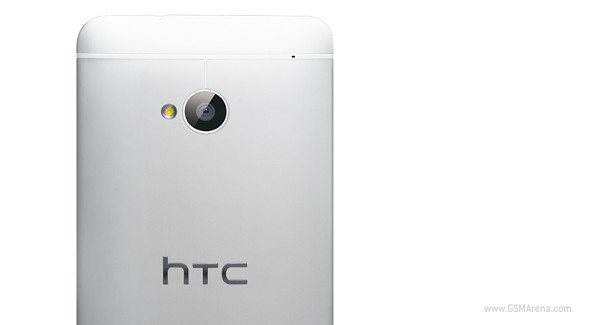 The new camera system got us so excited that we just couldn't wait to see what it's capable of. Unfortunately, the conditions at the launch event were far from proper for testing the camera out.

Luckily, we found a camera shootout by the guys over at CNET Asia, who had the HTC One in the comfort of their office for a short while. They were quick to pit it against the iPhone 5 in several test situations and published the full-res test samples.

Comparing image quality of full-size camera samples of drastically different resolution is a daunting task, we decided to fill in by offering you our expert comments.

Unfortunately, despite the efforts of our fellow tech reporters at CNET, the source files were not best suited for the task. When making comparison like such, you would ideally try and achieve the same framing and exposure across the devices to get really comparable results.

We were forced to disqualify one of the comparison scenes (the nice macro shot of flower, which you can see in the source link) as it was shot from way closer with the HTC One, giving it a dishonest advantage.

But still, we were as curious as you and we set out to compare the available photos as best as we can. We've tried to equalize the exposures where possible and we came up with some nice side-by-side crops for you to compare. What we are looking to compare here is resolved detail and digital noise.

Both phones at 8MP

Since both phones shoot in different resolutions, for the first round of comparisons, we upsized the HTC One samples to 8MP (with generous sharpening afterwards) so as to see whether it's able to resolve as much detail as a regular 8MP camera. The performance here would be important if say, you would like to print your photos in large paper sizes.

Update 1, Feb 24: We decided a bit of clarification is due here as we are seeing lots of objection against upsizing in the comments. It would be wrong to assume that in order to properly compare the photos, we should downsize the iPhone photos to 4MP. This way we wouldn't notice the advantage of the higher resolution camera, would we? You have got to understand that upsizing is not to the HTC One disadvantage - it simply makes the stuff on the picture equally large as the ones on the 8MP photos from the iPhone. It doesn't smear any of the available fine detail, it just enlarges it. Think of it as zooming in - just to make comparisons easier. Also ask yourselves this - the native print size for an 8MP photo is 115x86cm. What would happen if you print a 4MP photo on that paper size? That's right, it would get upsized to fit the larger paper. Hence the presence of upsizing in every comparison between cameras of different resolution. End of Update 1.

When upsized to 8MP, the HTC One amazingly holds its own and resolves almost the same level of detail as the iPhone 5 in the low light studio shot. Unfortunately, it didn't have an advantage in the levels of noise as these were a tie.

As for the rest of the photos, where the light is better, the HTC One failed to keep up with the iPhone 5.

In better light the iPhone 5 has a clear advantage, even though its noise suppression routine does have some sort if an issue with the grass. It tends to smear the detail in the grassy areas, but that's more of a factory setup issue than a deficiency of the camera module itself. In contrast, you can see the clear advantage in the foliage. The other two crops show a further advantage of the iPhone 5.

Update 2, Feb 24: Even though the original source of the photos claimed they've focused on the model's face we find that hard to believe as we know it from first-hand that when you manually focus on a subject's face with the iPhone 5 camera, it would expose the photo for that particular region. In this case, the iPhone 5 severely overexposed the face making us doubtful that the author of the images correctly focused on the face. Even if this was the case and it was the face that's in focus, then we see no reason why the dress and the hair shouldn't be in perfect focus too, as they lie in generally the same vertical plane as the face. You can clearly see that even though the iPhone 5 significantly overexposed the shot (which we tried to counter in post-processing by toning down the exposure a bit), it still resolved much more detail in the hair, the gem stone and the texture of the dress than the HTC One.

Again, we got lots of comments saying that we've missed mentioning that the iPhone pretty much blew away the face of the model by overexposing the shot. We'd like to clarify that we consider the differences in the exposure to be operator-error and since we weren't there to confirm or deny that, we just have to work with what we have. We explicitly mentioned that we are only judging resolved detail and noise levels here - not exposure metering, color rendition or any other camera parameter. Indeed, it's not possible to sample resolved detail out of an overexposed area of a photo, so we skipped the face and went to pick a sample from the dress instead.End of Update 2.

Below you can see the full resolution shots, which we used for the crops above.

HTC One (upsized to 8MP)

Then we figured that many people don't print their photos but only share them online. On most social websites the photos get downsized anyway so the maximum resolution doesn't matter that much. So we went this route, too. We downsized the originals from the iPhone and the HTC One down to 1500px horizontal resolution, which is about 1.6MP. Facebook can surely handle that size, we checked.

It would be wrong to think that the process of downsizing would be only to the HTC One advantage. Downsizing lowers the perceivable digital noise, so the iPhone's photos benefit from that operation just as well.

Downsizing the photos of both cameraphones levels out the playing field a bit better. Unfortunately, the iPhone 5 mostly retains its superiority in resolved detail even when you downsize all samples to 1.6MP. The outdoor scene with the grass is the only scenario where it loses to the HTC One and that's mainly due to the noise suppression, which kicks in and smears the grassy patches. For the rest of this specific scene, both phones seem to resolve the same amount of detail.

Below you can see the full resolution shots, which we used for the crops above.

Overall, we were a bit disappointed that we didn't see the promised spectacular improvement from the newly developed camera system of the HTC One. Sure, it equaled the iPhone 5 in resolved detail in one or two cases and that's great, having in mind it only has half the resolution, but most of the time the results were of lower quality.

We don't mean to say the HTC One takes bad pictures - it's just on the contrary, they are quite good and we bet the optical image stabilization will help it take much better handheld photos in low light when compared to most other smartphones.

But is it a worthy camera for an expensive flagship phone in 2013? We are not so sure - don't forget that a phone with a good 13MP camera will be in an even more advantageous position than the 8MP iPhone 5. And we will surely see many more 13MP shooters come out in 2013.

It's worth keeping in mind that the HTC One is not finalized yet, so it's likely to do much better when it hits the shelves. This means any conclusions drawn now are premature and may not reflect the truth about the actual market ready product.

Thanks for sending this shootout our way, Dane!

Great and very useful review! And i completely agree that the best way to compare is as you did, upsizing htc to 8mpx.

htc one is the best! http://gizmodo.com/5990360/htc-one-ultrapixel-camera-how-does-it-stack-up?tag=htc-one

I say the photos should be compared best to best so 4mp to 8mp Because that iss the whole point to see which phone takes the best photo.