The Sony Xperia Z did quite well in our dedicated audio quality, but as we've managed to confirm several times already the HTC One is simply in a class of its own at the moment.

Both the Xperia Z and the One have perfectly clean output when attached to an active external amplifier, but the HTC flagship took the round with much higher volume levels.

The Sony Xperia Z let some distortion creep in when we plugged in a pair of headphones, while the HTC One output was barely affected. Once again, we noted a huge volume level difference in favor of the HTC One. 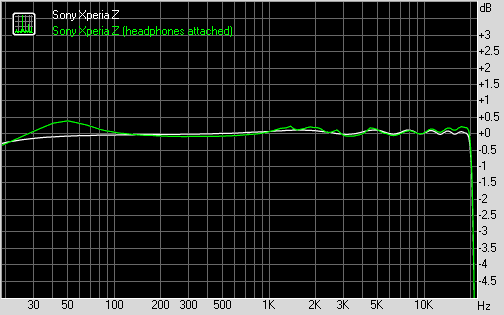 Winner: HTC One. The extra high volume levels of the HTC flagship and its slightly cleaner output helped it ease to the victory here.

We tested out the loudspeakers of both phones as they're important for both notifications and for multimedia consumption. The HTC One packs two speakers on its front, each with a dedicated amp. It wasn't the loudest phone we've tested, but the sound quality is arguably the best in the smartphone game. The Sony Xperia Z meanwhile offered below average performance, as we guess that water-proofing isn't helping the sound much.

You can learn more about the loudspeaker test here.