HTC One will reportedly be M7's name when it goes official

It appears that the M7 name which HTC's chairman Peter Chou shouted last week might only be an internal moniker. A fresh report has emerged from Twitter's highly accurate tipster @evleaks, pointing that the upcoming Taiwanese flagship will simply be named HTC One when it goes official in less than two weeks. 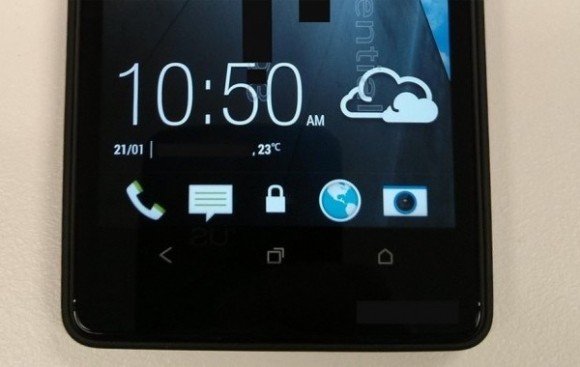 The idea behind the simple naming convention is to reportedly highlight the smartphone's role as a hero device from HTC. Of course, the question for the names of other HTC handsets, scheduled for release this year remains to be answered.

We will likely find answers to all our questions at HTC's event on February 19 in New York City. We will be live from the spot, so be sure to check in for the full scoop on the upcoming flagship.

Good move. Just like how Samsung sticks with its Galaxy name, but it may be too little too late. I doubt this phone will have removable storage or removable battery, although personally I'm happy with my One X+ which has neither although it kind...

Cool. I change my device depending on function. Got the note in 2011, and I'm buying the SIV this year(2013) while still keeping the note(for its Spen functions). After I buy the SIV(which I hope comes in black ^^) i think I'll chill out till l...