Right after it spilled the beans on the Samsung Galaxy Camera, AT&T announced pricing and retail availability of the HTC One X+ and One VX. The duo of LTE smartphones will be available on November 16, priced at $199.99 for the HTC One X+, and $49.99 for its entry-level sibling. 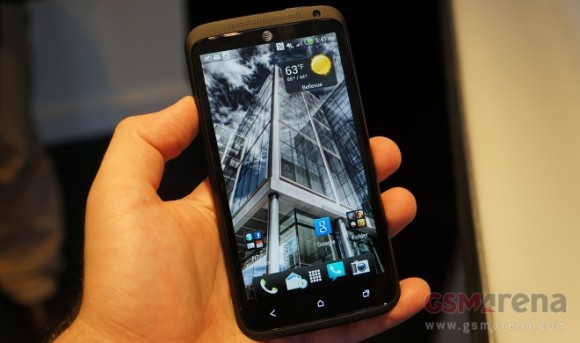 The HTC One X+ surely has its work cut out – the device will enter the most competitive segment in the US smartphone market. With quad-core NVIDIA Tegra 3, 64GB of built-in memory, and Sense-d Android 4.1 Jelly Bean though, the One X+ makes for an attractive smartphone proposition.

The HTC One VX on the other hand, looks like a solid offering as an entry-level device – it features a 4.5” display and dual-core Snapdragon S4 chipset, tucked into a solidly built body.

In a typical AT&T fashion, the pricing and availability announcement came accompanied by a promo video. See it below.

You can check out our initial impressions from both devices over here.

Buy this people. $6 to Apple for each handset.

Recently sent an HTC one X to to be repaired for a faulty screen at HTC Jordan. They fiddled around with it for 48 hours and returned it not working!! When asked why, the local dealership informed me that they have missing parts in stock and they req...

Who in their right mind is going to buy a one x± when the Droid DNA is out a few weeks later? Someone at HTC needs to be fired!