HTC One X+ makes an appearance in an O2 UK brochure

The previously rumored HTC One X+ seems to be right around the corner, folks. The upcoming smartphone has made an appearance in a brochure for UK's wireless carrier O2. 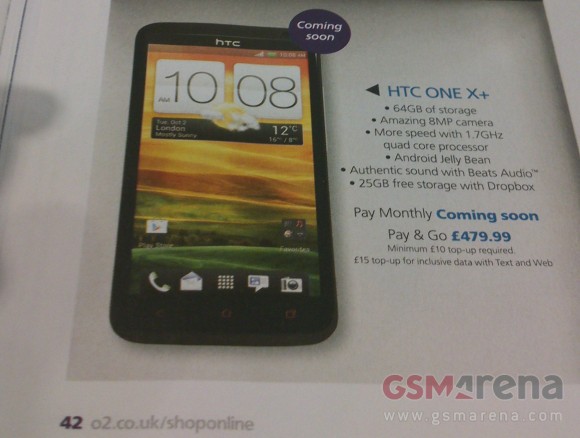 The newcomer boasts a notable bump in specs over the original HTC One X. The plus version will pack a speedier quad-core CPU, clocked at 1.7GHz and 64GB of built-in memory. Additional 25GB of Dropbox storage will also be available. The device will boot Android 4.1 Jelly Bean.

Furthermore, according to the brochure, the HTC One X+ will be priced at £479.99 on a pay as you go plan when it hits O2's shelves.

I noticed this in the O2. Magazine, Yesterday. It's almost like The HTC. One Series are not particularly kind to the People who buy Them. For example: The one S had better Performance than the One X, even though the One X was supposed to be *The*...