HTC only released two phones last year, but the first one of 2021 might come shortly suggesting a bigger turnout this year. The Desire 21 Pro 5G midranger is the alleged name of the phone that stars in today's leak.

The original source of the leaked images has been removed but they remain on SlashLeaks. The model number of the device is 2AQAG100 and it runs Android 10 out of the box. The frontal design isn't something out of the ordinary - rather thick side bezels and chin with a centered cutout for the front-facing camera. Judging by the glows around the edges of the display, it's easy to assume that the handset features an IPS LCD panel. 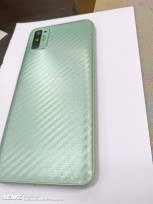 Going around the back, we see a mint green color with a carbon fiber-like texture. The quad-camera setup has a 48MP sensor in its main unit. And since there's no fingerprint reader on the back and the LCD panel can't accommodate one, it's probably integrated into the side-mounted power button. 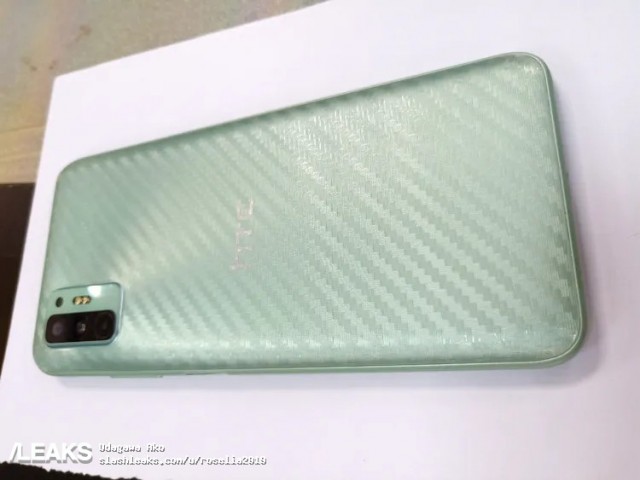 Since this is the first time we hear about the handset, we don't have anything else beyond what we see in the photos. Perhaps more details will emerge to paint a fuller picture sooner than later.

I find it ironic a week after HTC brass says they're releasing "amazing" products this year, their latest device gets leaked... ...running Android 10

Could this be another Wildfire? But the back being patterned is more like a Desire.