Taiwanese mobile operator FarEasTone Telecommunications has unveiled that HTC is preparing to launch a new color variation of the One Max. The phablet was announced in October in silver, but now the maker's home market is set to see a red version of the phone, as well. 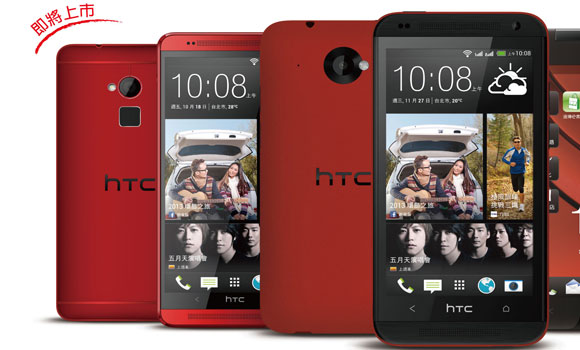 The HTC One Max in red has been spotted in promo materials of the Taiwanese carrier. The red One Max is part of a larger wave of device to be launched by FarEasTone, which also includes HTC Desire 601, Butterfly and Desire Q all available in a cool-looking red color.

While HTC hasn't officially announced the color yet, but one of its partners has obviously jumped the gun. We suspect the company is going to break the news officially soon.

Previously, the HTC One launched in silver and black, but HTC also added red and blue versions. It won't be surprising if the HTC One Max was to get a similar treatment.

how u get htc one max red? u msia?

I have htc one max and i loveeeeeee it:) Best Phone ever