HTC Desire 8 has already been teased once on HTC's Weibo account. The first teaser picture confirmed the looks and the announcement day of the Desire 8.

HTC has felt like doing some more teasing today posing even more photos of its upcoming smartphone. Now we got four pictures of the Desire 8 and another confirmation HTC will be announcing the mid-ranger on February 24 - the first day of the MWC in Barcelona.

The HTC Desire 8 is rumored to pack a 5.5" 720p Super LCD2 display and run on the Snapdragon 400 chipset (quad-core 1.6GHz Cortex-A7, Adreno 305 GPU, 1.5GB RAM). The phablet is also tipped to come with a 13MP snapper at the back and a 5MP sharpshooter at its front. Finally, the software package is expected to include Android 4.4 KitKat and HTC Sense UI 6.0. 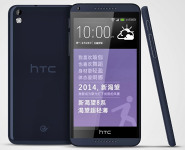 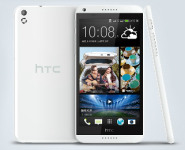 As you can see the Desire 8 will come with BoomSound speakers and you will be able to get it in white, red and dark blue. Previous rumors suggested a yellow flavor as well, but nothing has been confirmed just yet.

Desire 8 is going to premiere on February 24 in Barcelona and we'll make sure to bring you the full scoop of it at the show.

What is price range of this mobile?