HTC Rezound has now leaked a couple of times but never did we get to see it under official studio lights. Now though, thanks to Pocketnow.com, we can see the Rezound much clearer than before. 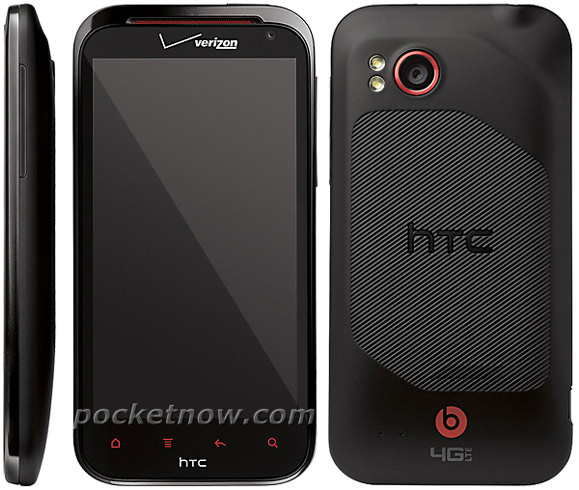 What we know so far is not much, really. The HTC Rezound will feature a 1.5GHz dual-core processor, a 4.3-inch 1280 x 720 resolution S-LCD display and will run Android 2.3 Gingerbread.

At the back, the leaked pres pic reveals the 8MP camera with dual LED flash. Speaking of the back, the logo at the bottom of the cover suggests that the phone is going to feature the Beats Audio by Dr. Dre, like the Sensation XE.

The Rezound will run on Verizon's 4G LTE network and is expected to start shipping mid-November for $299 on contract, of course. We'll know much more about the Rezound after tonight's HTC launch in New York. It should start around 7PM London time.

a beuatifull phone, why no gprs and edge ?

Beauty is in the eye of the beholder.