HTC Rezound poses in new images, this time with a case on

Formerly known as HTC Vigor, the HTC Rezound has leaked in press shots along with specs sheet before. Today, we get to see it with its screen on, and sporting some additional gear. A website specialized in selling cases for smartphones has leaked a photo of the Rezound, and here's how it looks. 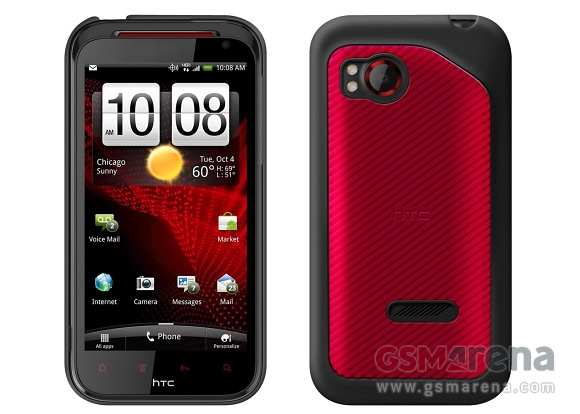 The HTC Rezound is the second smartphone after the Galaxy Nexus to feature a 1280x720 HD display but, unlike Galaxy Nexus's 4.65-inch unit, the Rezound packs a 4.3-inch S-LCD. Unfortunately, it's still unknown how much RAM or storage space to expect, but we do know that the processor will be a beefy 1.5GHz dual-core one.

The HTC Rezound is expected to be announced in the coming weeks with a rumored release on November 10 for Verizon Wireless.

it matters when ur lookin' the pic on a big screen :P

It doesn't matter to human eye if it has 8mp camera or 5mp. It is just showing off.