The Korea Telecom heading HTC Rider plus the appearing for the first time AT&T-bound HTC Holiday plus the 10-inch tablet and Puccini leak via official mockups. The two phones look quite similar, but this is hardly a surprise for HTC fans.

We already met the HTC Rider. It's the Korean version of the HTC EVO 3D - same design, 3D display, powerful dual-core hardware and camera options (3D pictures and 1080p videos). It's rumored under the HTC X515E model number and is heading to Korea Telecom. But HTC Rider is also speculated to be the international version of the EVO 3D, so we might see it outside Korea too.

The other device, codenamed HTC Holiday, obviously is meant for the AT&T network and should be based on Android too. It's supposed to be capable of HSPA+ but there is nothing more beyond that. As the source suggested, it somewhat reminds of HTC Aria, so the Holiday might turn out an Aria's successor (Aria S perhaps).

Finally, there is another AT&T-bound device – the 10-inch Puccini tablet. As the rumor has it, the Puccini should be compatible with the AT&T’s LTE network supposed to launch this year. It will most probably run on Android 3.x Honeycomb and support the HTC Scribe capacitive pen input. 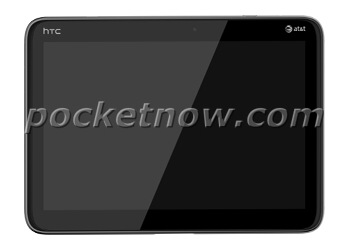 With so little information available we can't do anything but wait and see how the things will turn out.

Hello everyone, but where wecan find,? the HTC Puccini Rablet pad.Thanks*metin*

Gingerbread for DHD is out already.Original desire 2.3 is on its way.