HTC Saga gets on camera again, runs Froyo in a unibody design

HTC representatives, burdened with the task to test new devices, should really try a little harder to hide them, as more shots of what seems to be the next Android flagship by HTC emerge. Unlike the previous encounter with the phone in a subway, this time the photos are way better and for the first time show the back of the device as well. 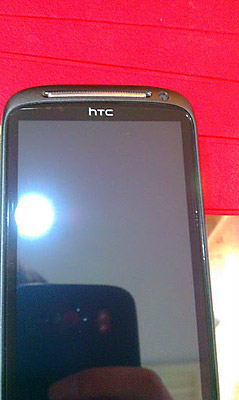 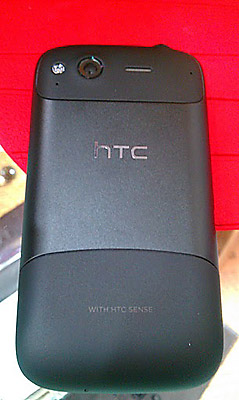 The guy who briefly got a hold of this Desire look-alike says it’s got a unibody design, just like the HTC Legend and HTC 7 Mozart. After a quick check in the About menu of the device, it’s been confirmed that Froyo 2.2.1 is running. However we cross our fingers that at launch time, it’ll be blessed with some Gingerbread magic.

On its back the HTC Saga has what appears to be a 8MP snapper with a LED flash. Also, as any HTC Android device, this one will be no different and will run the latest version of the Sense UI.

We're looking forward to seeing more of this one at the MWC 2011.

Change your design HTC. It looks like a panda with all those patches of different colour. LOL

U hate htc , then for what F , you came to visit the details of new HTC mobile..