So far HTC handsets have hardly been the shooters of choice to the cellular photographer. Well judging from what you are about to see things might be just about to change. We've got a video shootout of the Sensation and the LG Optimus 2X comparing the 1080p footage recorded by the two Android smartphones.

It seems that HTC finally started taking the camera department seriously as the dual-core HTC Sensation does pretty well against the LG Optimus 2X despite being far from finalized just yet. 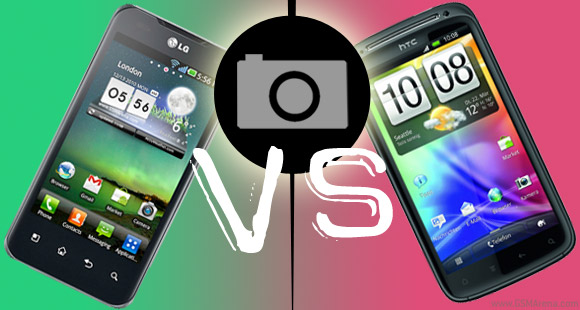 Now the color balance and noise levels seem better on the LG smartphone, but the HTC Sensation seems to be the sharper of the two. Still given the fact that HTC still has quite some i-dotting and t-crossing to do before they release the Sensation we'd refrain from passing judgment at this point.

Check the video out below to see the actual shootout. Just don't forget to switch to 1080p mode and switch to fullscreen.

How can you compare these videos? They were shot with different hands!!! :) These messages seem not to be filtered at all... I'll have to conclude from the 100 useless posts that the video's are genuine, but that it is not so clear to whether th...

Well...read all the coments but...didn't anyone noticed that the buildings are leaning left or right (on fast pan)? A HUGE skew effect on both of them (usualy ccd sensors have this kind of problem). Dunno much about phones but i do know about image. ...