The HTC Smart is equipped with an FM radio with RDS too. The interface is simple – there’s a tuning dial and you can save as many as 6 stations as favorites. You can also listen on the loudspeaker, but the headset is still needed.

The HTC Smart is certainly one of the loudest handsets around and comes with a pretty clean audio output too.

The cut-off trebles are our only regret about the Smart audio output, the rest of the readings being pretty good. In fact the Noise level, Dynamic range and stereo crosstalk scores of the little fella are nothing short of impressive. 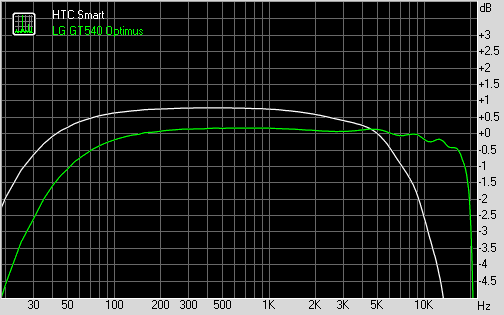 HTC Smart is equipped with a 3 megapixel fixed-focus camera for a maximum image resolution of 2048 x 1536 pixels. There’s also a LED flash.

The camera interface is quite basic with a camera/camcorder switch and a flash button. Hitting the "Menu" reveals six buttons on a bar at the bottom of the screen. The rightmost can lead you to an Advanced settings menu. There you can set some color effects, brightness and contrast of the photos, toggle digital zoom and go to the gallery.

HTC Smart produces camera images with generally poor image quality. The phone’s camera underexposes most shots producing dark images with undeveloped shadows. The amount of resolved detail isn’t that bad and the colors are close enough but the output is not really satisfactory. You can check it the original camera samples below.

We also snapped our resolution chart with the HTC Smart. You can check out what that test is all about here. 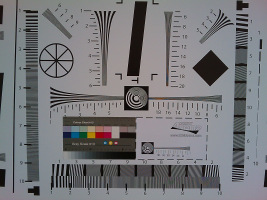 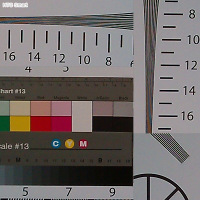 HTC Smart is capable of recording QVGA video with 15 fps, which isn't something to write home about. It still is better than nothing, but it’s hardly suited for anything more than MMS purposes.

The camcorder interface is almost identical to the still camera's. It sports a setting for picking between MP4 and 3GP (H.263) encoding, which theoretically should give you the choice between smaller file and a higher-quality video. In practice the low resolution makes sure that the differences between the two formats aren't really so obvious.