HTC Tattoo set on bringing Android OS to the masses

After several leaks over the past couple of months it now came time for the HTC Click to make its first official appearance. Its final name is HTC Tattoo, which goes to emphasize its youthful targeting. Packing an attractive design and relatively low price tag, the Tattoo looks set to introduce the Android platform to a much wider (and younger) audience.

The compact HTC Tattoo is the first Android handset by a major manufacturer to sport a QVGA resistive touchscreen display, instead of higher-res HVGA capacitive units we are used to seeing on those devices. According to the manufacturer the resistive technology is more suitable for a 2.8" display like the one of the Tattoo. Running on a 528 MHz Qualcomm CPU and coming with 256MB of RAM the handset does promise some nice performance on par with its more expensive siblings. 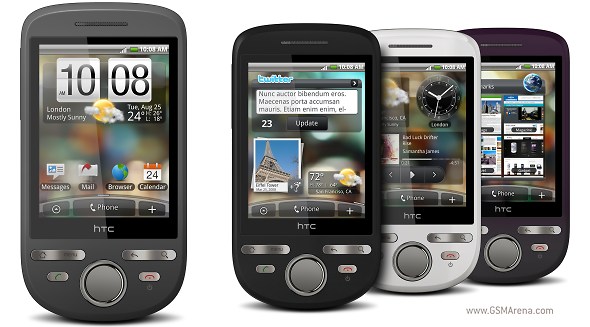 The highlight features of the HTC Tattoo include 3G with HSPA, Wi-Fi, GPS and a 3.2 megapixel autofocus camera. There is also an FM radio, an accelerometer sensor and a digital compass onboard. A microSD card slot, a 3.5mm audio jack and a miniUSB port complete the specs sheet of the new handset.

HTC Tattoo is the second handset that will come with the company's proprietary Sense UI, after the HTC Hero. In addition HTC will allow the customers to design and purchase their own unique back panels for the Tattoo, making it really easy to personalize the handset. All users will have to do is upload images for the custom back covers at an upcoming portal called TattoomyHTC and, of course pay the yet-undisclosed fee.

The HTC Tattoo will be available in Europe at the beginning of October, and will roll out in markets around the world in the months after. There is no official information about the pricing of the handset yet, but rumor has it that it will cost about 200 euro (300 US dollars).

Please Please dont prefer the HTC Tattoo... Its very useless OS. So many bugs are there. Without testing they have released the mobile. 1) We cant see the time of messages and calls for all except today. 2) We cant edit the event with name...

this phone is ayt but when is it getting an os update????